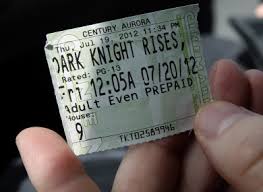 On March 12 a judge entered a not guilty plea on behalf of James Holmes, the man Aurora Colorado police say single-handedly killed twelve theater-goers and wounded dozens more on July 20, 2012. On April 1 the prosecution will announce whether it will seek the death penalty in the case. Yet abundant witness testimony suggests Holmes likely had at least one other accomplice and may not have even been the shooter.

The following detailed article provides a wealth of information and analysis on this tragic and shocking incident that deserves a broad airing. Like the Sandy Hook School shooting, the Aurora episode has numerous peculiarities and unanswered questions. It is republished here with minor editing and the kind permission of original author Vera Blake.

Disclosure: Vera Blake wrote a piece in support of my writings and public statements on the Sandy Hook shooting that appeared on her blog in January.-JT END_OF_DOCUMENT_TOKEN_TO_BE_REPLACED

END_OF_DOCUMENT_TOKEN_TO_BE_REPLACED

A professor says that the gun control package proposed by Barack Obama is not going to be effective in reducing the rampant amount of gun-related violence in the country. END_OF_DOCUMENT_TOKEN_TO_BE_REPLACED END_OF_DOCUMENT_TOKEN_TO_BE_REPLACED

This essay originally appeared on September 21, 2001 as an installment of my biweekly Daily Iowan column, “Firing Line.” The piece uses George Orwell’s 1984 as a basis to suggest how from the very beginning the corporate media played a central role in setting the stage for the prevalent Osama bin Laden-Al Qaeda myth, the related “blowback” thesis vigorously embraced by the progressive-left community, and the assemblage of rearguard actions defending such perspectives and reflexively labeling all accounts conflicting with government pronouncements as “conspiracy theories.”

An expertly orchestrated barrage of 9/11 propaganda in the weeks and months following the attacks had a devastatingly traumatic effect on a majority of the US population while simultaneously rendering many of the most legitimate and important questions to the sidelines. Together these discursive elements have helped to create an environment where, as Orwell envisaged, essential civil liberties have been forsaken and perpetual war has become the norm. -JT

END_OF_DOCUMENT_TOKEN_TO_BE_REPLACED

In 1964 Harper‘s magazine published the now famous essay, “The Paranoid Style of American Politics,” by historian and public intellectual Richard Hofstadter. Appearing in the wake of President John F. Kennedy’s assassination and Arizona Senator Barry Goldwater’s Republican presidential nomination, the tract remains emblematic of liberal anxiety toward serious and in many cases unresolved questions regarding the forces behind American governance. “The Paranoid Style” overall helped establish the term “conspiracy theory” as perhaps the most powerful epithet in the American political lexicon.  “American politics has often been an arena for angry minds,” Hofstadter wrote.