Author and broadcaster Donald Jeffries talks with attorney Louis Leo IV and Professor James Tracy about the TracyvFAU federal lawsuit, presently on appeal. Tracy was fired by Florida Atlantic University in 2016 for his controversial public views and writings on topics including the 2012 Sandy Hook shooting and the 2013 Boston Marathon bombing events.

The interview was recorded and broadcast on Truth Frequency Radio February 15, 2019.

Listen to interview via MP3 on Google Drive 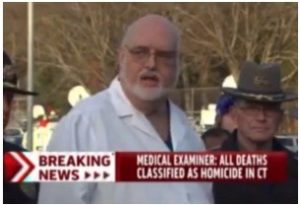 END_OF_DOCUMENT_TOKEN_TO_BE_REPLACED

Editor’s Note: Independent researcher Dan Hennen has over the past few years published several informative video presentations delving into the 2014 death of filmmaker-activist David Crowley and his wife and daughter in what authorities deemed a “murder-suicide.” At the time of Crowley’s death he was working on a feature length film, Gray State, concerning a martial law scenario unfolding in the United States.

The cause of the Crowley family’s murder is still disputed. Hennen was featured as an “alt-right conspiracy theorist” in A Gray State, a 2017 Werner Herzog-produced documentary centering on filmmaker Crowley and the circumstances leading up to the alleged 2014 murder-suicide. The film also includes interviews with an array of the Crowleys’ family members, acquaintances and business associates.

A Gray State proceeds to intentionally overlook a vast amount of evidence suggesting foul play to bolster the official narrative that Crowley was in fact the sole culprit in the incident due to his personal ennui and estrangement from family and friends. The documentary’s director Erik Nelson deems Crowley “a core sample of American crazy.”

The video below is of particular interest to MHB as Hennen uses his  run-in with one Eric Sayward as an entry point toward a detailed examination of this figure’s background, which includes military service and bids for public office alongside numerous criminal incidents, and apparent connections to Crowley.

MHB readers may recall this is the same Eric Sayward who is an associate of Dr. Kevin Barrett, and who Barrett recommended as a webmaster to MHB in late 2016. After MHB commissioned Sayward’s services the individual proceeded to sabotage MemoryHoleBlog.com by placing it on a malicious server, refusing to complete additional work as promised, and ceasing further communications with the blog’s editor. To this day Mr. Sayward will not respond to our queries and demands that the the site url to its rightful owner, suggesting such actions were more than mere negligence.

From the video description:

Dan Hennen reviews the strange and bizarre background of Eric J. Sayward. Mr. Sayward was connected to the Gray State, Sean Wright, the “Gerson for Congress” campaign and a noteworthy criminal. Should he also be added to the suspect list for the triple homicide of the Crowley family in Minnesota?

Change can often be a difficult thing. Most of us don’t like it. Yet it’s sometimes necessary if an individual or project are to grow. Since 2012 Memory Hole Blog has been parked at WordPress.com and housed on its servers. WordPress.com is the commercial arm of WordPress that provides rudimentary and convenient services for bloggers who don’t have the inclination to become involved in coding, etc.

END_OF_DOCUMENT_TOKEN_TO_BE_REPLACED 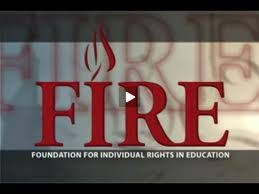