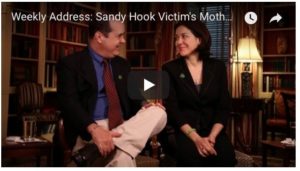 END_OF_DOCUMENT_TOKEN_TO_BE_REPLACED

Two individuals cited among Clinton’s inner fundraising circle are Maureen White and Steve Rattner, who oversaw one of the money soirees on May 12 at their Manhattan residence. (A second fundraiser was hosted that day by Lynn Forester de Rothschild.) “Mr Rattner was a prominent businessman and served in the Obama administration,” the Journal notes. Yet the brief report doesn’t elaborate on the couple’s very close ties to the Obama administration, where Clinton served as Secretary of State.

As MHB observed in 2013, Sandy Hook parent and actor Francine Wheeler was previously employed as personal assistant to chief Democratic National Committee fundraiser White. In fact, White was the DNC’s star campaigner, raising $51 million in 2005 alone. She then served as senior advisor on humanitarian issues in Afghanistan and Pakistan in under Secretary of State Hillary Clinton.