‘In “Newtown,” Understated Eloquence but No Peace’

“Newtown” is as hard a documentary to watch as you’re likely to encounter. It needed to be; anything less would have been too dismissive of one of the most traumatic American tragedies in recent memory.

The film, by Kim A. Snyder, revisits the shooting in December 2012 that left 20 students and six staff members dead at Sandy Hook Elementary School in Newtown, Conn. The focus, though, is on the aftermath — not merely the initial reaction, but the lingering effects on families, teachers, emergency medical workers.

END_OF_DOCUMENT_TOKEN_TO_BE_REPLACED

This report is being written at 1:15AM ET on October 7, 2016 from Boca Raton Florida, a point well within the designated “cone” of  much-dreaded Hurricane Matthew. At this time government officials and major media suggested the general population not killed from the storm would be wallowing in their destroyed belongings and fighting for cans of baked beans.

These forecasts were given added validity when President Obama declared states of emergencies in Florida and South Carolina. Yet as graphics above and The Weather Channel tweet below suggest, the storm itself was hardly as severe as promoted.

The author has spent the past two days preparing for this major weather event with those scenarios in mind, to be confronted with what can only be described as a mild-to-moderate tropical storm, characterized with some precipitation and winds not exceeding 40 MPH. That’s it. Despite this government meteorologists and regional and national news have proceeded to make this borderline tropical storm/hurricane into a beast.

END_OF_DOCUMENT_TOKEN_TO_BE_REPLACED

[In early October 2016 Hurricane Matthew bears down on Caribbean island nations and the Southeastern United States. Available information suggests the US has long possessed the technology to cultivate and direct such inclement weather manifestations.

The two articles below were originally published at MHB on July 9 and 16, 2013 as the first two installments of a four-party series by Ohio-based attorney and researcher James R. Hanson. The following hyperlinks will direct the reader to Part III and Part IV. -JFT]

STEALTH TERROR I: WEATHER WARFARE AND THE END OF AMERICA 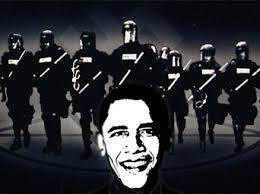 The following is the first installment of an exclusive four part series on memoryholeblog.com probing the relationship between America’s police state and less-understood weather warfare programs. -JFT

Mother Nature does not engage in terrorism.  Her ravages are integral to the natural world in which mankind must adapt or die.  Insofar as we know, Mother Nature has no motive to induce terror.  That’s where human beings come in.

The following report is about aspects of weather and environmental modification which are not presented in the corporate media but can be found at alternative news and analysis websites offering explanations of weather phenomena caused by human beings. For example, in an introductory note of an article found at Global Research, Prof. Michel Chossudovsky states:

Environmental modification techniques (ENMOD) for military use constitute, in the present context of global warfare, the ultimate weapon of mass destruction.  Rarely acknowledged in the debate on global climate change, the world’s weather can now be modified as part of a new generation of sophisticated electromagnetic weapons.  Both the US and Russia have developed capabilities to manipulate the climate for military use.

…  The US military has developed advanced capabilities that enable it selectively to alter weather patterns.  The technology, which is being perfected under the High-frequency Active Auroral Research Program (HAARP), is an appendage of the Strategic Defense Initiative – “Star Wars”.  From a military standpoint, HAARP is a weapon of mass destruction, operating from the outer atmosphere and capable of destabilizing agricultural and ecological systems around the world.

END_OF_DOCUMENT_TOKEN_TO_BE_REPLACED

The edited interview as broadcast by CBC may be listened to here.  The uncensored version, taped by a colleague of Hall refused access to the studio, is captured in the video below.

END_OF_DOCUMENT_TOKEN_TO_BE_REPLACED

Just Days After US General Warns Congress of War With Moscow

As relations between Russia and the US disintegrate as a result of the escalating proxy war in Syria, which today culminated with Putin halting a Plutonium cleanup effort with the US, shortly before the US State Department announced it would end negotiations with Russia over Syria, tomorrow an unprecedented 40 million Russian citizens, as well as 200,000 specialists from “emergency rescue divisions” and 50,000 units of equipment are set to take part in a four day-long civil defense, emergency evacuation and disaster preparedness drill, the Russian Ministry for Civil Defense reported on its website.

According to the ministry, an all-Russian civil defense drill involving federal and regional executive authorities and local governments dubbed “Organization of civil defense during large natural and man-caused disasters in the Russian Federation” will start tomorrow morning in all constituent territories of Russia and last until October 7. While the ministry does not specify what kind of “man-caused disaster” it envisions, it would have to be a substantial one for 40 million Russians to take part in the emergency preparedness drill. Furthermore, be reading the guidelines of the drill, we can get a rather good idea of just what it is that Russia is “preparing” for.

END_OF_DOCUMENT_TOKEN_TO_BE_REPLACED

Propaganda is legal! This took place at the 2014 Free State Project’s Liberty Forum.

When Donald Trump’s campaign manager Steve Bannon was recently exposed for using a vacant house in Miami as his legal residence, he hastily changed his legal address to a beach house in Sarasota, Florida owned by a writer at his Breitbart.com website.
His hurried move— made more urgent by Trump’s adoption of ‘voter fraud’ as one of his signature issues— has unexpectedly given a gift that keeps on giving to investigators probing the financing of the newly-emergent “Alt-Right.”

Bannon, who Bloomberg recently called The Most Dangerous Political Operative in America, had repaired to a beach house owned by Andy Badolato, who claims on his website to be an “entrepreneur, senior level executive, venture capitalist and seed stage investor” who has founded companies with a market cap of $26 billion dollars.”