IMS Presents The Life of Adam 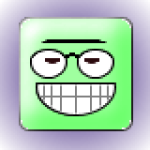 This past Monday the 28th Independent Media Solidarity released its second documentary production, “The Life of Adam.” You can watch the full 2-hour video on the IMS website. Watching it stream through our site allows us to switch sources if any are taken offline because of a copyright claim or other reason.

As I sat down to post this I discovered some as yet unseen script material written by my co-producer, MrStosh for our latest project. This is the kind of clarity and articulation I can rarely produce, especially after the past few, frantic days…

“There are essentially four main aspects surrounding the life of Adam that have been manipulated in such a way to create a mythological portrait. They are:

That breaks it down beautifully. It may not appear so to some readers who may have been swallowed up by one of the two warring factions in conflict over Adam Lanza’s existence. I admit that, I too was fairly firm in my stance that Adam was largely a composite or only existed on paper. Months ago, when we began work on “The Life of Adam,” I slowly shifted to center in my theories about Adam.

Surprisingly, getting an advanced and comprehensive lesson on Adam Lanza doesn’t snap things into clearer view or even narrow the possibilities very much. In my view both extremes–including Adam being a real person and child of the Lanza family who did commit a mass slaughter and Adam being a complete fiction who had nothing to do with what happened–are still possibilities. Both are very unlikely though. The truth is probably somewhere in between. This is where things get very murky.

Ultimately, the most reasonable and rational way to approach the issue of the character the media tends to refer to as “the shooter” is to ignore the critics and the lure of motivated conspiracy-promoters. The facts that can be ascertained and other details that can be accepted as valid seem to draw a somewhat discernible picture. Adam may have existed as the child of the Newtown Lanzas, or he may have otherwise been a part of the landscape. But in no way do I think his possible existence helps to support the official story-line in the slightest. We still have the unresolved problem of Adam’s near invisibility both in the community and online in the period leading up to the Sandy Hook event.

There’s also the mystery of how one person can hold such diverse characteristics. Early in my research I referred to him as being like Gumby. If that reference is before your time then maybe Stretch-Armstrong will work just as well. My point is that Adam has served to enforce the diverse views of many people in various sectors, but especially in the media. When it seemed opportune that Adam was a typical kid, it was noted that he played the saxophone and was taking lessons in Mandarin Chinese. When it better fit the narrative that Adam was severely psychologically impaired, it was revealed that he holed up in his sunlight-free, darkened room and would only communicate with his mother through impersonal emails.

I’m far from through researching this topic. Although I suspect, as it was in my case, our new documentary on the topic of Adam will go a long way to bridge the divide between researchers who largely share the same goals. We may not have “solved” the puzzle. But a thorough compilation and analysis of the details of the Sandy Hook shooting’s central pillar was needed. I think we’ve done a very good job of that, and hope we’ve contributed something that will eventually lead to what we all seem to want; full disclosure.

I wish to express a sincere apology for the delayed release of this documentary, despite having clearly announced a firm release date. Regardless of what caused the delay, it was unprofessional and unfortunate all around. When some people described spending Christmas at their PC and bouncing between our channels, looking forward and expecting to watch our new video, I believe them! IMS knows that many people support and appreciate our efforts and we value that a great deal. Hopefully the delay didn’t inconvenience you, but if so, once again we apologize and will work to avoid making such a mistake in the future.

Get the Three-Pack of Hoax Memes, including “Meet the Lanzas,” “Sgt. Prepper’s Llodra Crisis Drill” and “Shabby Hoax” in one easy download (1.4MB)!

91 thought on “IMS Presents The Life of Adam”