White Identity and the Limits of Free Speech 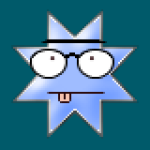 Today Sociology and African American Studies Professor Saida Grundy officially joins the faculty at Boston University. As someone attempting to come to terms with my own identity I am delighted to welcome such a courageous colleague to the academy.

In May a controversy erupted when the vivacious incoming assistant professor “Tweeted” remarks construed as racist by some close-minded observers. For example, in January 2015 she wrote,

Every MLK week I commit myself to not spending a dime in white-owned businesses. and every year i find it nearly impossible.

Deal with your white shit, white people. slavery is a *YALL* thing.

Grundy apologized for the posts, stating that such subject matter required greater “nuance,” and that they emanated from a “personal passion.” Shortly after this Grundy was accused of another spirited run-in via social media with a caucasian woman.

Then the press reported how Grundy had a brush with the law in 2008 when she used photos of another woman to create a phony account on an adult website while in a jealous rage over the woman dating a former boyfriend.

Boston U donors and alumni, many of whom are likely white like myself, kicked up a fuss at Professor Grundy’s candid remarks and minor act of online identity theft. The idea of such a “racist” individual in the classroom with future BU grads was unthinkable. Such “disappointment” at Grundy’s statements was expressed by BU President Robert Brown.

In my view this criticism is poorly founded. This is because, as almost everyone working in the US academy today recognizes, racism and sexism are thought (and potentially speech) crimes that can only be committed by white European men, most of whom are “straight,” or heterosexual, and thus most inclined to espouse “hate” through their subjectively-perceived gender and racial superiority. In more poignant terms this is the legacy of “white supremacy.”

In higher education one’s identity, or what might be deemed “street cred,” is based on the nature and legitimacy of their oppression(s). As a straight white American male I have come to accept the fact that my identity is in extreme disrepair. Moreover, I carry the genetic-biological burden of my white supremacist forebears that has left me wracked with guilt at my own tainted relationship to the past. This guilt is even more pronounced because the maternal side of my family is from a state that once chose to reject the great emancipator, President Abraham Lincoln.

I am troubled that my great grandparents once likely espoused the white privilege, and yes, perhaps even “hate,” that I must struggle with on a day-to-day basis. A recovering alcoholic, only my psychiatrist has helped me cope with my straight white shame through a regimen of psychoanalysis and mild antidepressants.

When Dr. Saida Grunday Tweets, “Deal with your white shit, white people. slavery is a *YALL* thing,” I simply must admire her spunk and give BU a “tip o’ the hat” for welcoming such an insightful and courageous woman onto its faculty. Professor Grundy’s remarks truly denote the American tradition of free speech at its finest. In fact, she deserves her own drive-time talk show.

On the other hand, as the race-fueled vengeance of Dylann Roof suggests, the Confederate “Stars and Bars” does not constitute valid or acceptable expression and must be expunged from public life. As President Obama rightly notes, such an artifact should be consigned to museum exhibits. The selfless freedom fighters at the Southern Poverty Law Center have raised the alarm over the past several years that Nazi and pro-white groups are on the rise throughout the US. It’s past the time that we act.

As indicated in the subtle yet insensitive racism of Prof. Grundy’s critics alongside the blatant resurgence of brutal, race-based violence evident in the Charleston shooting, privileged white America must learn mutual respect for all human beings regardless of race, and perhaps a bit more respect for what they erroneously deem to be the “racism” of non-whites.

Prof. Barclay Tweed is a humanities professor at a university in the eastern US. He blogs at barclaytweed.wordpress.com

43 thought on “White Identity and the Limits of Free Speech”