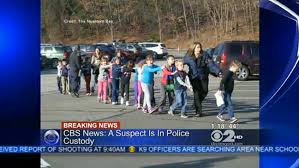 Three high ranking officials involved with negotiating the aftermath of the Sandy Hook Elementary School massacre event have either resigned from their posts or died – Reuben Bradford, David B. Stein and, most recently, William Podgorski.

CT Emergency Services and Public Protection Commissioner Reuben Bradford resigned on February 1, 2014 – replaced by Dora B. Schriro, commissioner of the New York City Department of Correction since 2009. Ms. Schriro is a long time acquaintance of Janet Napolitano when both served in Arizona.

“After learning of an anomaly with my retirement and much soul searching, I reluctantly tender my resignation effective February 1, 2014. When I accepted your gracious offer to serve as Commissioner almost three years ago, I did so knowing there was a shelf life to the position,” Bradford wrote.”

After over a year of investigation, Connecticut state police publicly released their full report on the massacre at Sandy Hook Elementary School on Dec. 14, 2012.

The report, which is more than 11,000 pages in length, was made available Friday around 3 p.m. ET. It has been heavily redacted and includes text, photos, videos and audio files.
“In the midst of darkness of that day, we saw remarkable heroism and glimpses of grace. We saw Sandy Hook elementary school faculty and staff doing everything in their power to protect their charges,” said Police Commissioner Reuben Bradford in a letter accompanying the report. He also heralded the work of law enforcement and community volunteers.

Bradford called the investigation unparalleled in the 110 year history of the Connecticut State Police.

This report marks the conclusion of the state’s investigation into the Sandy Hook shooting, though Bradford would not rule out supplemental reports being released in the future……

David B. Fein, US Attorney for the District of Connecticut, resigned on May 13, 2013 -replaced by Deirdre M. Daly who served in an interim capacity following the resignation of her predecessor. She was sworn in on May 28, 2014.

From Fellowship of the Minds:

This is what Eric Holder said at the launch:

Project Longevity will send a powerful message to those who would commit violent crimes targeting their fellow citizens that such acts will not be tolerated and that help is available for all those who wish to break the cycle of violence and gang activity. Today’s announcement underscores our commitment to working together – across levels of government and jurisdictional boundaries – to protect the American people from the crime that threatens too many neighborhoods and claims far too many innocent lives.

Fein pursued those who attempted to profit from the Sandy Hook tragedy and made it clear perpetrators of similar schemes will not go unpunished.

Investigators continue to monitor the Internet to uncover other fundraising scams arising from this tragedy,” said Fein. “And any individuals who attempt to profit through these schemes will be prosecuted.

Connecticut State Police Major William Podgorski passed away on June 17, 2014 at age 49. He was the commander of the Western District and directly involved in the Sandy Hook investigation and redactions in the official report.

According to Podgorski’s unusually brief obituary in the Hartford Courant:

Trooper Kelly Grant said Podgorski underwent surgery on Friday, and then was transferred to Yale-New Haven, where he died. She said she did not know the cause of Podgorski’s death.

Podgorski was a 24-year veteran of the state police and served in a variety of assignments, including the traffic division, the forensic lab, the governor’s security detail and homeland security.

Podgorski’s untimely demise is especially concerning given his close involvement in official investigation of the incident. As former school administrator and radio talk show host Paul Preston remarks, “Major William Podgorski and several other individuals have been under investigation by a number of independent ‘citizen journalists’ for their activities in the so called Sandy Hook Elementary School shooting in New Town CT December 14, 2012.”