The Boston Marathon Bombing: A Compendium of Research and Analysis

The following overview of articles addressing the April 15 Boston Marathon bombing aids in developing a broader understanding of how the event transpired and was presented by corporate and alternative news media. The US public was given a storyline largely constructed by federal law enforcement authorities and channeled through major media to promote the eventual theory that Dzokhar and Tamarlan Tsarnaev were the sole culprits in the bombing.

The official narrative has become an established reality through the major news media’s faithful and pronounced repetition of the story’s many seemingly related facets. The Tsarnaevs’ culpability is reinforced by the prejudiced cultural inclination to correlate non-Western and/or Muslim individuals with terrorism. This proposed scenario of deviant Muslim terrorists has also tended to obscure the possibility that the Tsarnaev brothers may have been manipulated and at the hands of federal and state law officials. Moreover, the April 18-19 search for Dzokhar Tsarnaev involved the removal of constitutional protections and enactment of full-throttled martial law throughout the Boston area.

The collection of posts written by James Tracy and MHB guest authors over the past year addresses the various subtle and more blatant inconsistencies of what has been slated as America’s greatest terrorist attack since 9/11. Whether authentic or at least a partially constructed reality, the Boston Marathon bombing incident holds major significance going forward, particularly in terms of the country’s continued “war on terror,” which increasingly appears to be a selectively waged war of terror on the world’s population.-JFT

Witnessing Boston’s Mass Casualty Event
April 22, 2013
“For the most part we do not first see, and then define,” Walter Lippmann observed in 1921, “we define first and then see. In the great blooming, buzzing confusion of the outer world we pick out what our culture has already defined for us, and we tend to perceive that which we have picked out in the form stereotyped for us by our culture.” 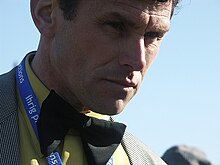 The Unlikely Antics of Boston’s Cowboy Hero
April 26, 2013
Carlos Arredondo has been widely praised by an array of corporate news media as among the most valorous figures of the Boston Marathon bombing. He was “heralded as a true American hero,” the International Business Times gushes, having allegedly “risked his life to help the victims of the two explosions that rocked the Boston Marathon.”

Video Analysis: Boston Marathon Bombing Injuries
May 2, 2013
Arrangement and analysis of still photos from the aftermath of the initial Boston Marathon bombing blast reveals incongruities in the appearances of injuries, absence of wounds where wounds should be readily observable vis-à-vis punctured and torn clothing, and possible application and donning of makeup by figures present.

Anomalies Emerge in Photos of Second Bomb Site
May 4, 2013
This detailed set of observations was submitted as a lengthy

comment and addresses unusual elements of the far-less-photographed second bombing site. Given its especially important points I have requested the author’s permission to present the commentary as a guest post, to which she agreed provided her anonymity is preserved.

Bloodless Femoral Arteries
May 6, 2013
A chief narrative of the Boston Marathon Bombing (BMB) is that Jeff Bauman was tragically maimed when the first “pressure cooker bomb” detonated at the finish line. The charge blew both of Bauman’s legs clear off, leaving him with the disturbing remains of apparently exposed tissue and bone.

More Photographic Evidence Suggests Boston Bmobing Was Training Exercise
May 8, 2013
The Boston Marathon bombings have a lot of features that can only be reconciled as being a mock training exercise, and the recent history of using the Boston Marathon for bomb training exercises makes that comparison even more compelling. The Boston Herald reports that emergency drills were conducted at the 2012 Boston Marathon in which maneuvers included training for “bombs at the finish line”. Further, an experienced athlete and eyewitnesses at this year’s Boston Marathon, Alastair Stevenson, also testifies “there were dogs with their handlers going around sniffing for explosives and, and, we were told on a loud announcement that we shouldn’t be concerned, it was just a drill”.

Cellphone Video of Initial Blast Aftermath / Additional BMB Videos
May 10, 2013
This cellphone video captures the immediate seconds following the first blast of the April 15 Boston Marathon bombing. Taken several meters away from where the bomb was detonated, the footage documents a number of apparent figures who subsequently appear in media coverage as purportedly injured from the ordnance.

Along these lines, an overarching feature of the video is the visual and aural absence of the bomb’s fallout in terms of traumatic and injurious effects alongside property damage that would likely attend detonation and the broad dispersal of variously-shaped shrapnel. For instance, the photo to the right shows the Lenscrafters retail outlet’s front windows burst asunder. However, in the cellphone video the very same windows are thoroughly intact for a considerable time following the first blast.

The Boston Marathon Bombing’s Inflated Injury Tallies
May 11, 2013
Exactly how many people were injured as a result of the April 15 Boston Marathon Bombing (BMB)? An official tally from the Boston Public Health Commission puts the number at an incredible 282 injured and four killed, including MIT police officer Sean Collier. “Only two patients wounded in the Boston Marathon bombings remained in critical condition” on April 22, the Boston Globe reported, “but the count of injured people who were treated in area hospitals has risen sharply to 282, according to the Boston Public Health Commission. That is far higher than the initial estimate of 170.”

Obama’s FEMA Director Planned Boston Mass Casualty Event in 2008
May 21, 2013
Authored in 2008 by Richard Serino, then-Director of Boston’s Emergency Medical Services, Marathons – A Tale of Two Cities and the Running of a Planned Mass Casualty Event (PDF) provides a detailed and fully operationalized plan for carrying out a mass casualty drill uncannily similar to what transpired at the Boston Marathon bombing on April 15, 2013.

In 2009 Serino retired from his post at Boston EMS after being appointed Deputy Administrator at the Federal Emergency Management Administration by President Barack Obama.

Two days after the videos were distributed the Boston Globe reported that the entire April 15 Boston Marathon bombing and its aftermath indeed played out almost in identical fashion to the Department of Homeland Security-sponsored terrorist drill scheduled for June of 2013.

CNN Tapped Fledgling Media Personality as Boston Bombing “Eyewitness”
August 12, 2013
At 4:18PM on April 15 while CNN ominously reports that two are dead and more than 110 injured as a result of the Boston Marathon bombing, anchorwoman Erin Burnett conducts a telephone interview with a young woman claiming to be an eyewitness to the explosions occurring 90 minutes earlier. (Quinn Brettler also appeared on MSNBC and CBS, but no footage of these interviews can be identified online.) “Joining me on the phone right now is Cassidy Quinn Brettler,” Burnett begins. “She was 30 feet away when the explosions happened. [She] was watching her coworker cross the finish line.”

Boston Marathon Bombing Timeline
August 14, 2013
The following timeline of the April 15 Boston Marathon bombing that killed three and injured many more provides a platform to better understand how the event was publicly presented by corporate and alternative news media. The chronological assemblage of coverage is not comprehensive of all reports published on the incident but is an ongoing project that also seeks to explain how the storyline was largely constructed by federal and state law enforcement, medical authorities and major media around the eventual theory that Dzokhar and Tamarlan Tsarnaev were the sole instigators of the bombing.

Photos and Eyewitnesses Confirm BOTH Boston Marathon Bombs Were Fake

This brief (9:47) video presents a compelling argument and set of video and photographic evidence concerning the incendiary devices detonated shortly before 3:00PM on April 15, 2013 at the Boston Marathon finish line.

“One Fund Boston” and the Boston Mass Casualty Event
January 17, 2014
An integral and by now much-anticipated element of a spectacle such as the Boston Mass Casualty Event (BMCE) of April 15, 2013 involves establishment of charities through which the incident may gain legitimacy in the public mind. Such entities provide fiscal channels by which event participants may be compensated and are also vital for public participation via charitable offerings.

Here, perhaps predictably, one find the unusually swift development of “The One Fund Boston,” a now celebrated aid organization whose very name oddly resonates with the new agey themes of “resilience” and “unity” promoted by mass grief and woe maven John Woodall. “We are one Boston. We are one community,” Boston Mayor Thomas Menino is quoted as saying on “One Fund’s” website. “As always, we will come together to help those most in need. And in the end, we will all be better for it.”

The Legacy of Oklahoma City
February 1, 2014
The correspondence below, received over one month ago from a former Oklahoma City resident, is especially timely given recent developments in the Boston Marathon bombing case. On January 30 the US Department of Justice announced that it will pursue the death penalty against Dzhokhar Tsarnaev for the Boston bombing. (See BMB Timeline.) This is the most high-profile death penalty case pursued by the federal government since it sought to execute Timothy McVeigh for his alleged role in the 1995 bombing of the Oklahoma City Murrah Federal Building.

Aurora, Sandy Hook, Boston and Kiev: Connecting the Dots
March 16, 2014
With the ‘Anti-firearms’ moves that started in the 1980’s a young American woman moved to Australia.  Rebecca Peters studied law for two years and then quit. She became employed by ‘The Australian Broadcasting Commission’ (ABC), and then started ‘The National Coalition for Gun Control’.  At the time she also coyly joked about the rumours that her father was ‘CIA’.

“The only feeling that anyone can have about an event he does not experience is the feeling aroused by his mental image of that event … For it is clear enough that under certain conditions men respond as powerfully to fictions as they do to realities.” Walter Lippmann, Public Opinion, 1922.

The careful coordination of information and visual representations governs the mass mind. The conditions for such are accentuated in times of perceived crisis. For a relatively brief period following the Boston Marathon bombing two sets of photographs emerged that actually depicted what appeared to have taken place at “ground zero,” where the first explosive device detonated. Each series of photos strongly suggests the execution of a mass casualty exercise.

82 thought on “The Boston Marathon Bombing: A Compendium of Research and Analysis”