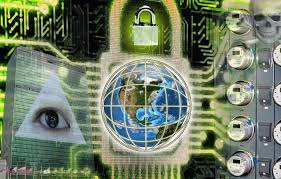 Major utility corporations across North America are insisting their customers become part of the transnational “smart grid” by allowing a “smart meter” to be placed on their homes. Those who question the safety or efficacy of such devices are condemned for relying on “false information” or otherwise exercising poor judgement in the face of overwhelming “credible” scientific research confirming the alleged safety of the apparatuses. Utilities such as Central Maine Power and Florida Power and Light are now demanding monthly fees from energy consumers who desire to “opt out” of such schemes.

The “science” offered by such utilities purporting the safety of “smart meters” is remarkably thin. When pressed for evidence that digital, RF-emitting meters are in fact safe, utility spokespersons almost uniformly revert to the Federal Communications Commission’s dated assertion that so long as the radiation released by such devices does not heat or burn one’s flesh, it cannot pose any danger to human health. A majority of customers are trusting enough to accept this explanation prima facie, even though it is a severe understatement of what is presently confirmed on the effects of RF.

The position paper below was issued in April 2012 by physicians at the American Academy of Environmental Medicine (AAEM). AAEM is an independent medical organization, and among the first to express serious concern over the widespread deployment of “smart meter” technology.

The authors draw from a substantive body of recent scientific research addressing the myriad health effects of RF/EMF to assert that the broad use of such radiation-emitting devices poses a serious threat to human health, and that advocates of such technology should proceed with a well considered knowledge of the real life implications for clientele and the broader public. “Because of the well documented studies showing adverse effects on health and the not fully understood quantum field effect,” the researchers conclude,

AAEM calls for exercising precaution with regard to EMF, RF and general frequency exposure. In an era when all society relies on the benefits of electronics, we must find ideas and technologies that do not disturb bodily function.

On March 28, after a series of exchanges following my public letter to Florida Power and Light CEO James Robo, I provided FPL’s Marketing and Communications representative David McDermitt with a copy of AAEM’s statement below. To date Mr. McDermitt has not responded to the specific concerns and phenomena addressed in the document.-JFT

For over 50 years, the American Academy of Environmental Medicine (AAEM) has been studying and treating the effects of the environment on human health. In the last 20 years, our physicians began seeing patients who reported that electric power lines, televisions and other electrical devices caused a wide variety of symptoms. By the mid 1990’s, it became clear that patients were adversely affected by electromagnetic fields and becoming more electrically sensitive. In the last five years with the advent of wireless devices, there has been a massive increase in radiofrequency (RF) exposure from wireless devices as well as reports of hypersensitivity and diseases related to electromagnetic field and RF exposure. Multiple studies correlate RF exposure with diseases such as cancer, neurological disease, reproductive disorders, immune dysfunction, and electromagnetic hypersensitivity.

While it was practical to regulate thermal bioeffects, it was also stated that non‐thermal effects are not well understood and no conclusive scientific evidence points to non‐thermal based negative health effects.1 Further arguments are made with respect to RF exposure from WiFi, cell towers and smart meters that due to distance, exposure to these wavelengths are negligible.2 However, many in vitro, in vivo and epidemiological studies demonstrate that significant harmful biological effects occur from non‐thermal RF exposure and satisfy Hill’s criteria of causality.3 Genetic damage, reproductive defects, cancer, neurological degeneration and nervous system dysfunction, immune system dysfunction, cognitive effects, protein and peptide damage, kidney damage, and developmental effects have all been reported in the peer‐reviewed scientific literature.

Genotoxic effects from RF exposure, including studies of non‐thermal levels of exposure, consistently and specifically show chromosomal instability, altered gene expression, gene mutations, DNA fragmentation and DNA structural breaks.4‐11 A statistically significant dose response effect was demonstrated by Maschevich et al. , who reported a linear increase in aneuploidy as a function of the Specific Absorption Rate (SAR) of RF exposure.11 Genotoxic effects are documented to occur in neurons, blood lymphocytes, sperm, red blood cells, epithelial cells, hematopoietic tissue, lung cells and bone marrow. Adverse developmental effects due to non‐thermal RF exposure have been shown with decreased litter size in mice from RF exposure well below safety standards.12 The World Health Organization has classified RF emissions as a group 2 B carcinogen.13 Cellular telephone use in rural areas was also shown to be associated with an increased risk for malignant brain tumors.14

The fact that RF exposure causes neurological damage has been documented repeatedly. Increased blood‐brain barrier permeability and oxidative damage, which are associated with brain cancer and neurodegenerative diseases, have been found.4,7,15‐17 Nittby et al. demonstrated a statistically significant dose‐response effect between non‐thermal RF exposure and occurrence of albumin leak across the blood‐brain barrier.15 Changes associated with degenerative neurological diseases such as Alzheimer’s, Parkinson’s and Amyotrophic Lateral Sclerosis (ALS) have been reported.4,10 Other neurological and cognitive disorders such as headaches, dizziness, tremors, decreased memory and attention, autonomic nervous system dysfunction, decreased reaction times, sleep disturbances and visual disruption have been reported to be statistically significant in multiple epidemiological studies with RF exposure occurring non‐locally.18‐21

Nephrotoxic effects from RF exposure also have been reported. A dose response effect was observed by Ingole and Ghosh in which RF exposure resulted in mild to extensive degenerative changes in chick embryo kidneys based on duration of RF exposure.24 RF emissions have also been shown to cause isomeric changes in amino acids that can result in nephrotoxicity as well as hepatotoxicity.25

Electromagnetic field (EMF) hypersensitivity has been documented in controlled and double blind studies with exposure to various EMF frequencies. Rea et al. demonstrated that under double blind placebo controlled conditions, 100% of subjects showed reproducible reactions to that frequency to which they were most sensitive.22 Pulsed electromagnetic frequencies were shown to consistently provoke neurological symptoms in a blinded subject while exposure to continuous frequencies did not.23

Although these studies clearly show causality and disprove the claim that health effects from RF exposure are uncertain, there is another mechanism that proves electromagnetic frequencies, including radiofrequencies, can negatively impact human health. Government agencies and industry set safety standards based on the narrow scope of Newtonian or “classical” physics reasoning that the effects of atoms and molecules are confined in space and time. This model supports the theory that a mechanical force acts on a physical object and thus, long‐range exposure to EMF and RF cannot have an impact on health if no significant heating occurs.

However, this is an incomplete model. A quantum physics model is necessary to fully understand and appreciate how and why EMF and RF fields are harmful to humans.26,27 In quantum physics and quantum field theory, matter can behave as a particle or as a wave with wave‐like properties. Matter and electromagnetic fields encompass quantum fields that fluctuate in space and time. These interactions can have long‐range effects which cannot be shielded, are non‐linear and by their quantum nature have uncertainty. Living systems, including the human body, interact with the magnetic vector potential component of an electromagnetic field such as the field near a toroidal coil.26,28,29 The magnetic vector potential is the coupling pathway between biological systems and electromagnetic fields.26,27 Once a patient’s specific threshold of intensity has been exceeded, it is the frequency which triggers the patient’s reactions.

Long range EMF or RF forces can act over large distances setting a biological system oscillating in phase with the frequency of the electromagnetic field so it adapts with consequences to other body systems. This also may produce an electromagnetic frequency imprint into the living system that can be long lasting.26,27,30 Research using objective instrumentation has shown that even passive resonant circuits can imprint a frequency into water and biological systems.31 These quantum electrodynamic effects do exist and may explain the adverse health effects seen with EMF and RF exposure. These EMF and RF quantum field effects have not been adequately studied and are not fully understood regarding human health.

Because of the well documented studies showing adverse effects on health and the not fully understood quantum field effect, AAEM calls for exercising precaution with regard to EMF, RF and general frequency exposure. In an era when all society relies on the benefits of electronics, we must find ideas and technologies that do not disturb bodily function. It is clear that the human body uses electricity from the chemical bond to the nerve impulse and obviously this orderly sequence can be disturbed by an individual‐specific electromagnetic frequency environment. Neighbors and whole communities are already exercising precaution, demanding abstention from wireless in their homes and businesses.

Furthermore, the AAEM asks for:

• An immediate caution on Smart Meter installation due to potentially harmful RF exposure.
• Accommodation for health considerations regarding EMF and RF exposure, including exposure to wireless Smart Meter technology.
• Independent studies to further understand the health effects from EMF and RF exposure.
• Recognition that electromagnetic hypersensitivity is a growing problem worldwide.
• Understanding and control of this electrical environmental bombardment for the protection of society.
• Consideration and independent research regarding the quantum effects of EMF and RF on human health.
• Use of safer technology, including for Smart Meters, such as hard‐wiring, fiber optics or other non‐harmful methods of data transmission.

Bibliography (Some links below have been revised/restored.-JFT)

25 thought on “EMF and RF Fields Effect on Human Health”