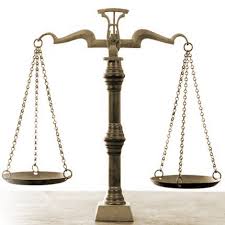 As indicated in Dr. Tracy’s earlier post, Mr. Halbig will have a “standing” issue, that will result in the dismissal of any broad-ranging lawsuit he might wish to file, there are much bigger barriers in the way of any lawsuit that would lead to his attorneys getting to ask his questions to authorities under oath (which would typically happen in a deposition).

I make these observations as a municipal government attorney who specializes in open government issues.  As part of my practice I have litigated numerous cases involving municipal liability and I have addressed issues involving whether plaintiffs have standing to make constitutional claims in cases that were decided by my state’s Supreme Court and by the U.S. Supreme Court.

First, Mr. Halbig will not be able to take depositions by filing some general claim based on how the authorities responded to the Sandy Hook incident, even if it involves constitutional claims.  This is because Connecticut follows the “public duty doctrine,” which will effectively bar anyone from having standing to bring a claim that would allow for those depositions.  Any lawyer practicing in municipal law would know this.

To have standing, a person filing the lawsuit (the plaintiff) must be able to show that the defendant owed the plaintiff some “duty” and that the defendant has failed to fulfill that duty.  Absent a duty, there is no “harm” that can be remedied in the lawsuit.  In cases such as this, where any potential actions would be based on the failure of the authorities to take some action, a person filing a lawsuit would have to prove that the authorities had some duty to act.

Under the public duty doctrine, however, when the only “duty” an agency owes is the general duty to perform its statutory obligations, which is owned to the general public, the law presumes that the agencies do not owe that duty to anyone.  A duty owed to everyone is a duty owed to no one.  Thus, if the agency fails to fulfill that duty, no one has standing to sue.

The duties typically carried out by first responders such as police departments, fire departments and paramedics are the classic type of public duty that no one can sue government for failing to carry out.

Coley v. City of Hartford, 59 A.3d 811 (Conn. App. 2013) is a typical “public duty doctrine case” that illustrates the barrier this doctrine poses.  The claim was that the police violated a statute that required police to stay with a crime victim for a certain amount of time for the victim’s protection.  In this case, the police failed to comply with the statute and the victim was subsequently killed by the suspect during the period of time the police should have been with the victim.  When the victim’s his estate sued, the case was dismissed because this type of law enforcement response was part of the police’s public duty.

There are exceptions to the public duty doctrine, but they are all rooted in theories where the agencies have made things worse for a particular person or group of people than they would have been had the authorities not acted at all.  Thus, most cases in the news where agencies are being sued and pay out money relate to affirmative harms agencies caused.

If the Sandy Hook response was incompetent and thus failed to save lives, a lawsuit would be barred by the public duty doctrine.  If Sandy Hook was a hoax and no one was hurt, then again there was not actionable harm.  Only if there was evidence that the officers or paramedics affirmatively inflicted the harm, or that “but for” their promise to the victims to help, the victim or someone else would have prevented the harm would someone have standing.

Thus, even if Mr. Halbig and his attorneys were able to identify what look like gross violations and/or incompetent responses, the public duty doctrine would bar Halbig, or anyone (including the victim’s families) from bringing a lawsuit.  And even if there was evidence that the authorities made things worse, Mr. Halbig still would not have standing because his harm would not be different than any member of the general public.

Second, if Mr. Halbig files a lawsuit based on the failure to properly respond to his Freedom of Information requests, he might have standing but he will not force anyone of authority to be questioned under oath.  This is because Connecticut has a very detailed process for challenging FOI responses that greatly limits what discovery is possible, if any discovery is allowed at all.  Thus, if Halbig were to file such a lawsuit, the only persons he might be allowed to question under oath would be the employees directly responsible for responding to his requests and any questions will be limited to issues such as what searches were performed or what facts justify a particular exemption.

All claims based on alleged FOI violations must be brought before the FOI Commission.  Under its ruled, the hearing officer assigned to this administrative claim will have complete discretion over the scope of discovery.  Accordingly even an FOI lawsuit is unlikely to be that useful, and any discovery will be completely at the whim of the presiding officer.

See Connecticut FOIC Citizens Guild VI.4: “4.  If a NECESSARY witness will not testify voluntarily, contact the Commission staff immediately.  If you are able to show why the person’s testimony is necessary and why you believe he or she will not appear voluntarily, the Commission may issue a subpoena which would require the person to appear.”  http://www.ct.gov/foi/cwp/view.asp?a=4161&q=488530

A hearing itself before the FOIC will not allow for any wide-ranging questions or force anyone of real authority to even attend.  These hearing according to the rules are limited to 90 minutes and will focus exclusively on the issue of why records weren’t produced.  Mr. Halbig can only issue subpoenas with the permission of the hearings officer.

Mr. Halbig can only get a cause into the court system by filing an administrative appeal, where there is not any additional discovery or live testimony.  See Sec. 1-206(d).  http://www.ct.gov/foi/cwp/view.asp?a=4163&Q=507660

Mr. Halbig might actually be able to use the FOI process to get some addition documents released and/or unredacted.  The Director of the FOIC, Colleen Murphy, seems to be a true advocate of transparency and made a very principled stand when serving on the Sandy Hook Task Force, after someone tried to slip in the recommendation that someone leaking exempt records could be given a 5-year prison sentence.  But even under the best of circumstances, even Ms. Murphy could not authorize the wide-ranging discovery Mr. Halbig champions.

Thus, at most Mr. Halbig might be able to employ Connecticut’s open government laws to see a few more documents and to make short speeches, but the law is stacked against anyone using the courts to conduct the type of investigation Mr. Halbig talks about.

*The author is a recognized practicing attorney who because of ongoing professional endeavors wishes to remain anonymous.

785 thought on “Another Perspective on Wolfgang Halbig’s Legal Gambit”