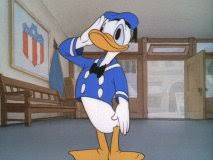 As federal income tax day once again looms, a look back at part of the history of this commonplace ritual proves illuminating, especially since no major political party has any novel stance on the issue apart from the general instruction that the tax process must proceed in a timely manner.

For the better part of US history there was nothing comparable to today’s onerous federal income tax process. Upon its general introduction a century ago with the Federal Reserve Act, the tax was levied at a rate of one percent of annual incomes exceeding $20,000–in other words those with about a one million dollar yearly salary in 2014 dollars were asked to pitch in, while most citizens were excluded.

In 1942 employer payroll withholding on what was deemed as taxable income was reintroduced after a 25 year hiatus, largely to offset the costs of the US entry into the second World War. These departures inaugurated a forceful expansion of many new federal projects and broad governmental intervention in industrial production to satiate the then-fledgling military-industrial complex. As the above film suggests, during this period an intense propaganda campaign ensued that cajoled individuals to pay the federal income tax and thus partake in beating back the “Jap” and Nazi war machines.

In toto such efforts were immensely effective. In 1942 just less than one in five Americans paid the tax. By 1944, however, the figure had risen by over four-fold. And as any “peace dividend” was eclipsed by a policy of permanent military preparedness in the immediate postwar era, an overwhelming majority of Americans continued to endure a burden that has brought about the formation of the contemporary leviathan-style federal government alongside a national security apparatus and standing army with a proven record of unrestrained waste and brutality.

Given the almost ceaseless source of revenue, in addition to the US dollar’s reserve status and the capacity to borrow in the people’s name, these institutions have transformed themselves into today’s militarized police state presaged by the Founding Fathers–indeed a system almost impervious to popular contravention that stands opposed to most every liberty meagerly clung to by the children of those who forsook them in the fog of war and patriotic abandon.