Fact Finding of a Crime 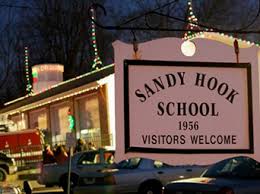 The Sandy Hook Elementary School and its entire school campus is the crime scene puzzle.

So lets get started.

CLASSROOM 8 and 10 are the rooms that children and school staffs have been shot to death.

Adam Lanza shot himself in the head in classroom 10

09:35:52 am Newtown Police Dispatcher makes an all hands on deck call even for all off-duty officers to respond to the Sandy Hook Elementary School.

09:37:42 am Police Dispatcher to all units I am on the phone with a 911 caller who still hears shots fired inside the school.

09:38:14 am dispatcher to all police units responding to Sandy Hook at this time, the shooting appears to have stopped.

What is that about parking a ¼ of a mile from the front entrance of the school?

Why Crestwood Dr.?  What ever happened in responding to the front of the school by law enforcement?

09:39:05 am dispatcher to all units teacher reports that they saw two shadows running past the gym.

09:39:21 am police officer with heavy breathing calls into dispatch reporting that they “WE’VE GOT EM”.

What ever happened to neutralizing the threat first as the highest priority by law enforcement?

09:40:28 am police to dispatcher reporting that shooter is still shooting inside the school.

09:42:28 am police is requesting through dispatch a car tag check on a black Honda civic 872-YEO when it comes back to a RODIO not LANZA.

Why run a tag check before entering the Sandy Hook school in neutralizing the threat?

09:45:20 am Newtown Lt. Vanghele while inside the school tells a female child to get back into classroom (room 8) as she comes out in the north hallway.

09:45:20 am first sign that they law enforcement are inside the school.

Why would anyone especially a police officer order a child back into classroom 8 knowing that dead children and school staff are inside that classroom.  I am sure he must have looked inside the classroom in making sure that the classroom was safe?

How many shots did those children hear in classroom 8 hear?

Officer Smith: “92” Officer Smith finds a child the name is redacted hiding in the bathroom of room 10.  He tells them to stay and that he will be back for them when it is safe. Is it one or many?

How many shots did those children hear in that classroom 10?

Why would any police officer after finding a child or them in a classroom with bodies of other children and school staff leave them and tells them that he will be back when it is safe?

That is a long time for those children to be left alone with dead bodies.

Is this a new police protocol?

09:55:31 am police officer calls into dispatch to report multiple weapons rifle and shotgun in the classroom.

Adam Lanza shot and killed himself in room 10 as stated by the CT State Police.

What happened to the Shotgun?

Only ten simple pieces of the Sandy Hook Elementary School Shooting puzzle to put together before we go to the next 10 pieces in our puzzle, which will look at Why No Trauma Helicopters?

Who declared all those children and school staff dead within the first 11 minutes?

Why did the CT State Police not allow Paramedics and EMT’S inside the school?

Why did the Newton FBI field offices classify the Sandy Hook Elementary School Shooting that went to Pres. Obama, Attorney General Eric Holder and the former director of the FBI Robert Mueller?

How is it possible that a trained SWAT team or many SWAT teams that day not find the Registered Nurse and a Secretary who made a 911 call from the nurse’s office in a closet for over 4 hours?

I have never ever heard of a police officer telling a Registered Nurse to close her eyes so she won’t see the blood.

Is that a new police protocol?

They do not have 60 or 100 hundred trees because if the did they would be having a Christmas tree sale. We see that they have just 26 small trees all by themselves.

There are so many of you who have dedicated so much time and effort in seeking the truth which the CT State Police and the Danbury State Attorney refuses to share reminds me of Nazi Germany and East Berlin were many of my family members lived and died.

My father spend four years in a Nazi prison camp so I know personally that if you or we ever stop asking questions and stop challenging those in power we the people are no longer free and will no longer be safe.

219 thought on “Fact Finding of a Crime”