Alexis May Have Sought to Confront ELF Attackers Inside Navy Yard 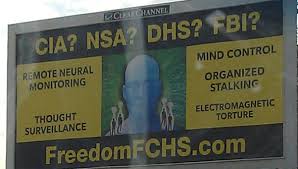 “Man does not have the right to develop his own mind. This kind of liberal orientation has great appeal. We must electronically control the brain. Someday armies and generals will be controlled by electric stimulation of the brain.”–Dr. Jose Delgado, Director of Neuropsychiatry, Yale University Medical School Congressional Record, No. 26, Vol. 118, February 24, 1974.

As BeforeItsNews reported in October (see here) alleged Navy Yard assailant recognized that he was under electronic attack and attempted to contact Freedom From Covert Harassment and Surveillance, a support group established to assist such persons. FFCHS executive board member Max H. Williams brought Alexis’ emails to the attention of the organization’s leadership after being visited by FBI agents at his home regarding the email exchanges.

“The agent asked me if I had ever communicated with Aaron Alexis,” Williams recounted.

I told him no. Then, he showed me an email that I had received from Aaron and my answer. I told him that I get dozens of such letters, and I rarely remember the name, as they [Targeted Individuals] normally use assumed names.

He asked me what I thought prompted Alexis to do the shooting. I told him about the voices and how, after much time, some targets could not handle them. I told him that I placed the blame for the Alexis incident squarely on the U. S. Government. I added that the Federal Government HAD to know about our targeting yet did nothing about it!

From the FFCHS’ Derrick Robinson:

It appears that Aaron Alexis had contacted our organization just prior to the shooting spree that happened at the Washington Navy Yard.

Several email exchanges then ensued between Aaron Alexis and myself that clearly showed that  a) he had come under physical attack from microwaves and was experiencing voice to skull technology, but was not able to process the situation until he arrived at our site.  b) he had come across some information at the Washington Navy Yard that convinced him that someplace inside there was a source of our ELF targeting – establishing a motive for the attacks!!!

The email exchange was originally included in the post, “Artifacts From the DC Navy Yard Shooting on October 31, 2013.”

US intelligence and military agencies have been experimented with various methods of cognitive manipulation since at least the mid-twentieth century. For additional information and research, see the paper “Electromagnetic Weapons and Human Rights,” by Peter Phillips, Lew Brown, and Bridget Thornton, Sonoma State University: Project Censored, 2006.