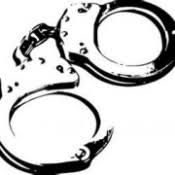 Understanding what procedures are common during such an event, he attempted to consult state and federal law enforcement authorities in charge of the investigation only to be rebuffed. His numerous public records requests with Connecticut officials to obtain materials related to the inquiry have similarly been met with silence. Just prior to the Christmas 2013 holiday Halbig explains how he was threatened by Connecticut State Police via the Lake County Florida Sheriff’s Deputies with arrest on felony charges of harassment if he continued to investigate the event.

From: Wolfgang Halbig
To: Vance and Kehoe
January 22, 2014
Subject: Why would one of you send Homicide Detectives to my home and Threaten me with Felony Arrest by CT State Police?

I do not know which one you of you had the idea that by having the Lake County, Florida Sheriffs Homicide Detectives show up at my house and threatened me with Felony arrest by the CT State Police if I did not stop asking questions about Sandy Hook Shooting.

You want me to stop asking questions in light of the fact that you both have yet to respond to any of my Connecticut Freedom of Information Act requests for the past 9 months, you both should be arrested for failing to comply with Connecticut State Laws.

I have served honorably in the Military during Vietnam, I served as a Florida State Trooper in Miami, Florida. I worked as United States Customs Inspector at both International Airports and Seaports.

I graduated at the top of my class at the Florida Highway Patrol Academy and that is why my class elected me as their class president to speak at our graduation.

What you two are doing is just unbelievable and I cannot believe that the law enforcement community across the United States is accepting the Danbury State Attorney report without the FBI Classified Investigative information included.What in the world needs to be Classified by the FBI?

So what has to be CLASSIFIED BY THE FBI? HERE ARE THE WHY’S:

We have all these great police investigators and NO one questions the actions of December 14, 2012.You both then did a great job and deserve an Oscar at the Oscars in Hollywood. Do not send anymore detectives to my home.Please answer my questions if you can.