Cover Organizations Used by the CIA 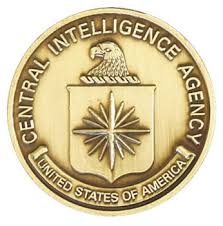 The graphic chart, “The System of Several Cover Organizations Used by the CIA,” is from the 1968 book, Who’s Who in the CIA: A Biographical Reference on 3,000 Officers of the Civil and Military Branches of the Secret Services of the USA in 120 Countries, compiled by East German author Dr. Julius Mader. The Cold War relic was likely completed with the assistance (or direction) of KGB and/or Stasi intelligence services.

“In re-forming the intelligence system, which is directly subordinated to the President and optimally freed from even parliamentary control,” Mader writes in the Foreword, ” the ruling circles of the USA have, in recent years, proceeded from a concept of subversion which must be seen in conjunction with the extremely precisely [sic] defined imperialist global strategy. It was under this aspect that the President of the USA said as early as 1962:

In the measure that military weapons become more murderous–and an increasing number of countries have such weapons at their disposal–subversionist war, guerrilla warfare and other forms of fighting acquire ever greater significance. In the measure that thermonuclear weapons become mightier and one has less and less opportunity of using them, subversionist war plays an increasingly more significant role.

With this statement psychological warfare and all the dirty methods of subversion were publicly raised to state policy for the USA” (8).

“From 1947 until March 1967,” Marder continues, “US Senators and Congressmen have demanded a strict parliamentary control over the CIA no less than 152 times. To no avail. Public opinion in the USA already fears that the CIA has become the ‘invisible government’. This becomes particularly clear when one analyses to which alarming measure the CIA and the Department of State, the Foreign Office of the USA, have become integrated in terms of personnel. Even the ‘New York Times’ of April 27th, 1966 estimated that 2,200 CIA agents are active in the diplomatic service of the USA ‘under official cover abroad’.

The present reference work shows how and where
–the Department of State and the US Foreign Service and its agencies, such as
–the US Information Agency
–the Agency for International Development
–the US Arms Control and Disarmament Agency
–the Peace Corps
–the US Education Exchange, and
–the US Mission to the UNO

… The FBI also places cadres at the disposal of the foreign intelligence services. Within the USA this institution, as federal police force, devotes itself to the persecution of peace partisans, Communists and other progressive forces, as well as so-called counter-espionage.

… The rulers of the USA are, of course, extremely interested in keeping the mantle of secrecy over their intelligence network. This mantle has been torn aside in not a few cases in recent months. The CIA answered by tightening up their secrecy directives and also by improving their cloak and dagger rules. The ‘invisible government’ shall have neither names nor faces.

For this reason the time appeared to have come to demask a first representative selection of leading officials and officers, collaborators and agents of US intelligence services who are operating on five continents” (8, 10-11, 13).

Indeed, the chart suggests how the US intelligence community’s influence and operations extended to US and foreign-based labor unions, philanthropic foundations, student organizations, and journalistic entities. If the military-intelligence-industrial complex’s manipulation of public life was so ambitious almost fifty years ago, imagine how vast it likely is today.

Marder, Julius. 1968. Who’s Who in the CIA: A Biographical Reference on 3,000 Officers of the Civil and Military Branches of the Secret Services of the USA in 120 Countries, Berlin.

54 thought on “Cover Organizations Used by the CIA”