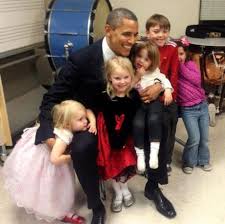 On January 6, 2014 the U.S. Department of Education announced it is awarding an additional $1.9 million to Newtown Public School District to help with ongoing recovery efforts following the tragic shootings at Sandy Hook Elementary School in December 2012.

The grant is being made through the Department’s Project School Emergency Response to Violence (SERV) program, which awards Immediate Services and Extended Services grants to school districts, colleges and universities that have experienced a significant traumatic event and need resources to respond, recover, and re-establish safe environments for students. Newtown received its first Project SERV award—a $1.3 million grant—in May 2013. The $1.9 million grant will continue to support the school district as it strives to restore a safe and healthy environment for teaching and learning in its schools.

“We will do whatever we can to continue assisting and supporting the healing and recovery of Newtown,” U.S. Secretary of Education Arne Duncan said. “This additional grant will help students, teachers, families, school district and community move forward after such an unimaginable tragedy.”

Newtown’s first $1.3 million Project SERV grant financially supported both the actions taken by the district immediately following the shootings, as well as the district’s comprehensive school-based behavioral and academic recovery program. Those services aimed to meet the needs of students, school staff, parents and family members affected by the tragedy and included support groups for parents, siblings, students and teachers; creative expression and wellness activities; counseling; training for educators and school personnel; and additional support staff.

The $1.9 million grant will go toward additional grief support services for siblings and those who lost their peers; classroom-based psycho-education and skill-building strategies; skill-based interventions for affected students identified as needing assistance for posttraumatic stress reactions, traumatic grief, separation anxiety and other behavioral and functional problems; tutoring for students demonstrating academic decline since the incident; additional security; additional nursing services; and more.

The Department’s Office of Safe and Healthy Students administers the Project SERV grant program. It has awarded more than $34 million through 113 grants, including Newtown’s additional grant, since the program began in 2001.