Sandy Hook One Year After 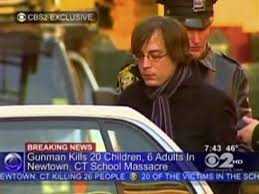 As with a majority of scandals and coverups over the past several decades where powerful interests are implicated, American journalism has become more and more complicit if not actively involved in delivering dubious information that establishes a dominant narrative, while thereafter failing to vigorously interrogate and amend faulty coverage that leads to vast public misconceptions.

The assassination of JFK, the falsely-reported Tonkin Gulf incident that sparked the costly Vietnam War, and the similarly questionable events of 9/11 that have together brought the US to the present national and geopolitical impasse all come to mind. One is left to ponder how the behavior of a wholly government-controlled media system would differ from our corporate-run consciousness industry that routinely and shamelessly showboats its First Amendment protections.

The consequences of such a communication breakdown are vast, with countless lives and entire nations having been undermined and destroyed. Moreover, the “first drafts of history” become plagued by myth and distortion that eventually cohere as collective memory, thus robbing a people of their self-determination, nullifying their humanity, and ensuring that the cycle repeats interminably. 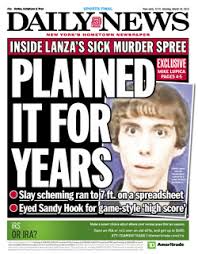 What else won’t we see in the corporate media’s series of heart-tugging memorials devoted to the anniversary of Sandy Hook? The two most recent and obvious indications that the event itself is at the very least a coverup include, first, the wholly unreported story of the Obama administration’s $2.5 million payout (read: bribe) to state and local law enforcement agencies directly involved in responding to the incident, and second, what is by almost any measure the entirely illegal destruction of pertinent evidence in the demolition of the crime scene itself.

Empowered by the internet as their primary means of communication, a broad array of independent researchers have conduced an impromptu “truth commission” that together calls the Sandy Hook narrative presented by corporate news media into serious question. For those with eyes to see and the ability to think critically they have also shamed the mainstream journalists directly involved in (mis)representing the event to the American public.

Yet without a genuinely independent investigation of the incident apart from the oversight and influence of the [Governor Dannel] Malloy and Obama administrations, the broader public will likely never know what actually took place on December 14, 2012 in Newtown Connecticut. As has too often been the case throughout the last half century, the prospects are high that yet another “big lie” has again taken root in the ever-malleable and somnambulent public mind.

Republished at GlobalResearch.ca on December 21, 2013.

220 thought on “Sandy Hook One Year After”