Thom Hartmann’s War on Your Mind 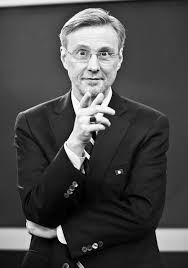 In October a debate ensued on Memory Hole and at Project Censored regarding Alex Jones and Infowars’ legitimacy and trustworthiness as news sources. The exchange began when Nolan Higdon presented various predictions made by Jones that were not borne out by subsequent events.

Yet it looks as if the gloom and doom-style Jones has been taken to task for is being appropriated and given a “liberal” spin by Thom Hartmann–also a longtime proponent of anthropogenic global warming theory. The progressive-left author and talk show host has begun touting his new conspiracy-flavored book, The Great Crash of 2016: The Plot to Destroy America–and What We Can Do to Stop It.

Hartmann and Jones are well-acquainted, having on occasion simulcast their weekday radio programs where they once expressed mutual appreciation of each others’ views and work. For example, on April 15, 2009 the two personalities co-hosted a remarkable hour-length segment in which they generally found common ground on numerous issues–civil liberties, the financial industry’s gigantic influence over federal governance, the growing militarized police state, and even local militias.

Indeed, at one point during the above referenced broadcast Hartmann remarked, “I think that actually as Americans, Alex, who believe in the Constitution and the Bill of Rights, there’s more that unites [libertarians and progressives] than divides us” (Alex Jones and Thom Hartmann 3/4 at 8:55).

Yet in subsequent years, the two personalities drifted apart. As the reality of Obama’s presidency and shifting political winds set in Hartmann went on to host a program at RT where he increasingly disparaged Jones and the Truth movement, and from this perch even seemed to vie for a post at MSNBC.

Hartmann appears to “borrow” from these observers by arguing that such a crash is indeed unavoidable. Yet in a clear sleight of hand the pedantic doomsayer completely evades the problem of monetary profligacy by suggesting how the Obama administration and Fed are earnestly staving off the final reckoning. Is this White House-inspired (or perhaps sponsored) propaganda? Here are some outtakes and reinterpretations from the recent interview below (beginning at about 2:05).

“Obama was successful in the first few months of his administration by putting enough of a band aid on it that they’re holding this back with bailing wire and bubble gum.”

[Translation: The Federal Reserve (US Taxpayer) shoveled untold trillions to the bankers and corporatists to temporarily prop up the economy with another gigantic stock market bubble, yet the Fed can’t print forever.]

Hartmann: “But, Bush had hoped—he saw this coming, the Bush administration—had hoped [sic] that he could wait until November 2008 so that it would be after the election so that it wouldn’t hurt the Republican candidate. He was unsuccessful.”

[Translation: The two party system is continuously at odds and competing to represent the popular will. There’s absolutely no chance that such a crash was engineered by Wall Street financiers to ensure an Obama-Biden victory. Or, “free markets capitalism” inevitably leads to dire crises.]

Hartmann: “The Obama administration is now—because they’re not doing the real structural changes necessary—they’re hoping they can push it off until 2016 and that’s why we chose that date [in the book’s title]. Now there’s an enormous amount of effort in our government and in the Fed to try to hold this off ‘til after the election of 2016. Whether they’re successful or not I don’t know [sic]. This literally could happen overnight.”

[Translation: We are doomed! Again, any conflict worthy of public attention takes place directly on the political stage. The good guys—you know, the Democratic Party, the Federal Reserve, and the prevailing economic scheme controlled by central banking–aren’t fleecing taxpayers and the economic system but rather saving them.]

Some representatives of the “fanatical right wing” that progressives so readily point to in arguments about the deficit and economy argue that such a crash is in fact being intensified by the careless monetary policies of the Fed, which continue and intensify with the tacit approval of the US Congress and Obama administration. In fact, the federal debt has grown seventy percent under Obama–from $10 to $17 trillion. Such a reckless monetary policy is tailor-made for politicians who cannot resist a money-printing press that allows them to “kick the can down the road,” while leaving Americans with the ever-expanding tab.

Hartmann attempts to commandeer the economic thesis long-articulated by libertarians and their advocacy for “sound money,” while tempering it for those who hang on every word uttered by Paul Krugman. The upshot of Hartmann’s (and the overall Keynesian) version, however, is that profligate monetary policy is not the cause of the present problem, but remains to a large degree its solution. Nevermind the fact that America’s industrial base has been thoroughly gutted.

For example, Hartmann argues how the buildup to the next disaster is a replay of the prelude to the 1929 crash and, moreover, how both are rooted in “conspiracies” and “plots” developed by “economic royalists,” “banksters,” and “globalism,” against which the federal bureaucracy (FDR and his postwar successors) wages a valiant struggle.

Yet Hartmann’s sensationalism doesn’t end there. He goes on to reference his previous anthropogenic  climate change propaganda, describing the deathly carbon-based greenhouse gases destined to do us all in should they be allowed to increase even minutely over the next several decades. But wait! The scenario is even more dire. According to Hartmann (at around 12:35 in the DN! interview video above), such apocalyptic climate change could take place almost overnight, and is something the (some would argue fraudulant) United Nations Intergovernmental Panel on Climate Change “is not talking about.”

“It’s a very significant stressor,” Hartmann somberly informs Goodman in the November 12 interview. “Scientists [and] people are hysterical or very concerned” about the imminent release of

trillions of tons of methane hydrate–methane frozen up in ice, in the arctic and around continental shelves. If that melts, then there will be a sudden global warming. And when you look at the five past extinctions on planet earth every single one was triggered by one of these methane releases.

This will come to pass unless, of course, we can drastically reform our behavior and energy consumption … and assuming the forthcoming economic crash doesn’t get us first, or both don’t hit simultaneously.

But, hey, whoever said that a talk show host should be held accountable for making extravagant claims and suggesting that the modern situation is almost completely hopeless? Further, is the promotion of unfounded conspiracy theories and historical revisionism really all that bad? If you’re championing the “correct” political stances then negativity appears to become prophetic, shadowy plots constitute accurate economic and historical analysis and projections, and UN-distilled interpretations of climate science and “green” advocacy literature are embraced as genuine climatological research. Taken as a whole, Thom Hartmann delivers the entire package in an absolute war on your mind that is without parallel.

72 thought on “Thom Hartmann’s War on Your Mind”