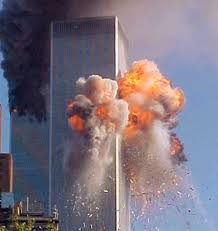 In this brief email an individual attending university observes faculty hypocrisy and student anger when attempting to discuss and understand the most significant event in recent world history.

I came upon your blog through a recommendation of Kevin Barrett´s.  I wanted to write and say that I read the Huffington Post article written about Sandy Hook and your standing at the university where you teach.  The comment thread was full of  ignorant comments calling for your termination as a professor.

As a college student I find it disturbing that many professors, while they preach critical thinking skills, blindly accept the mainstream media and America´s War on Terror rhetoric and narrative as the absolute truth.  Many will not entertain comments or conversation regarding the subject.

In one class we spoke on the topic of fables and I brought up 911.  When I explained why I believed it was a fable and a myth the class turned into an angry lynch mob and I became the subject of their anger for questioning the narrative that they grew up embracing.  It was scary to see such anger and rage at questioning the official narrative.

Anyway, I appreciate a free thinker and I think our country and the youth are doomed.

52 thought on “US College Student: Questioning 9/11, “War on Terror” Discouraged”