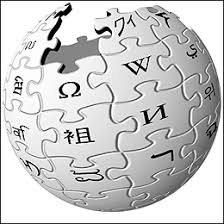 (Time Sensitive: The following article was submitted October 5, 2013. The contributor wishes to point out that specific features of the referenced Wikipedia articles assessed herein are subject to uncertain change without the author’s control or public notice.)

The first, the “Washington Navy Yard shooting,” which occurred the morning of  September 16, 2013, can be found at http://en.wikipedia.org/wiki/Washington_Navy_Yard_shooting complete with a head shot of Aaron Alexis (uploaded September 18), the supposed perpetrator, and another of Alexis roaming the halls of “Building 197” with his “Remington 870 shotgun” (uploaded September 25).

In addition we have a photo of Chuck Hagel and others laying a wreath at the Navy Memorial on September 17 in honor of the victims, as well as a video of a report on the event from the Pentagon Channel (uploaded September 17).  On September 27, we have an upload of the supposed surveillance video of Alexis driving into the garage, entering the building, and roaming the halls with his Remington 870:

As of October 5, we have a plethora of information on “the perpetrator,” both before the shooting and during the immediate run-up, documented with 71 scholarly endnotes. Alexis, a defense contractor from Queens, New York, was cited for misconduct in the Navy, arrested in Fort Worth for discharging a weapon within the city limits, and also in Seattle for shooting out the tires of a vehicle. Wikipedia provides details on his visit to a sharpshooters range in Virginia, his testing (but not purchase) of an AR-15, his means of entering the Navy Yard, his assembly of a sawed-off shotgun in a bathroom, his theft of an officer’s Beretta 9mm semiautomatic pistol, and his rampage—in surprisingly close detail. We have data on his use of the antidepressant Trazodone for insomnia, his claim to be a victim of harassment from ELF electromagnetic waves, and his quote, “Ultra low frequency attack is what I’ve been subject to for the last 3 months. And to be perfectly honest, that is what has driven me to this.”  This statement is said to be “A message obtained by federal authorities from Alexis’s thumb drives, phones and computers.”

And, yes, we have reports of other suspects, but we find that “officials ruled out the possibility of other shooters besides Alexis, but were still seeking one person for possible involvement.” We have the reaction of Barack Obama, who “pledged to ensure the perpetrators would be held responsible”—the “perpetrators”? And in the very first paragraph of the Wikipedia article, we have the verdict: “Aaron Alexis, a lone gunman armed initially with a shotgun, fatally shot twelve people and injured three others,” after which “Alexis was killed by police around 9:20 am EDT.” The article was created on Wikipedia at 4:03 pm (EDT) on the day of the shooting, posted by “Kennvido,” and since that time there has been a continuous succession of posts adding to and updating the article. What we don’t have is any comment on why the shooting supposedly proceeded for more than an hour (was anyone watching the supposed surveillance video?), why CERT law enforcement officers at the scene were asked to stand down during the shooting, or how and why the radios of police and firefighters failed as they went into the building.[2]

A more recent Washington shooting took place on October 3, 2013, in the early afternoon, and was of a different sort: the killing of Connecticut resident Miriam Carey by D.C. Capitol police in a hail of bullets. Carey, a licensed dental hygienist, was driving her car with her 18-month-old child in the back seat. The Wikipedia article, “United States Capitol shooting incident (2013),” was created at 6:36 pm (EDT) on the day of the shooting, and has been continuously updated. The page was created by GoldRingChip, with early contributions by Amazingdude89 and Kennvido. As of October 5, the article states that Carey “attempted to drive through a White House security checkpoint…, struck a U.S. Secret Service officer, and was chased by the Secret Service to the United States Capitol where she was fatally shot by law enforcement officers.” Carey, the victim of unlawful lethal force but called “the perpetrator,” is said to have run into a Secret Service officer, and backed out of an attempt by police to box in her car, “nearly striking half a dozen uniformed Secret Service officers as she drove away.” She was eventually “forced off the road and fatally shot by police,” pronounced dead on arrival at MedStar Washington Hospital. “A young child, believed to be Carey’s, was found unharmed in the car after it was ultimately stopped.”

This incident created havoc in Washington, causing a “shelter in place order” to be instituted at the Capitol building; a “bomb squad robot was used to enter inside Carey’s house” in an attempt to determine “the possible motivation of her actions.” We learn that Carey “had previously been hospitalized for postpartum depression” and that the FBI found “two medications” in her apartment, “as well as a laptop, a flash drive, and three non-working cell phones.”  Officials said “she may have suffered from schizophrenia and bipolar disorder and believed President Barack Obama was communicating with her.” We have no photos or videos yet on the Wikipedia page, but we can be sure that incriminating photo documentation will appear in the near future. What we do not hear is that instead of trying to breach White House property, Carey apparently became frightened when she encountered a temporary checkpoint, which may have been part of a drill running at the time. As Paul Joseph Watson writes, “Perhaps cognizant of the fact that cops routinely shoot unarmed innocent people for no reason whatsoever, Carey panicked and tried to escape.”[3] Nor do we hear that Carey was “happy,” “stable,” and “a nice young lady,” as characterized by friends and two former employers. And we do not hear on Wikipedia that she was unarmed—or that Congress gave the Capitol police a standing ovation for gunning her down. 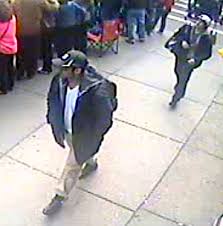 These two convictions on Wikipedia are only the tip of the iceberg. There are many more, including the extensive and detailed page convicting “suspects” Dzhokhar and Tamerlan Tsarnaev for the Boston Marathon bombing on April 15, 2013 (“Boston Marathon bombings” and “Dzhokhar and Tamerlan Tsarnaev”). The two brothers are said to have been seen in photographs and surveillance video footage released by the FBI, although no photos or video footage actually show either of them engaging in anything related to the bombing. 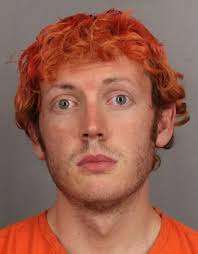 We also have the conviction of James Eagan Holmes, “the sole suspect” in the mass shooting in the Aurora, Colorado, theater on July 20, 2012, during a midnight screening of the Batman film “The Dark Knight Rises.” His photo, too, is the one we always see elsewhere—the deranged “suspect” with dyed hair and a glassy expression.

As with the other wiki-convictions, this article (“2012 Aurora shooting”) boasts an amazing amount of detail regarding everything about Holmes—from his gas mask, ballistic helmet, and bullet-proof leggings to his 12-gauge Remington 870 Express Tactical shotgun, his Smith & Wesson M&P15 semiautomatic rifle with 100-round drum magazine, and his Glock 22 handgun. The Wikipedia pages on these events are all the more impressive when one realizes that much or most of the information contained therein appears to be fabricated—or at least has not been proven to be true, by the endnotes, photos, videos, or anything else contained in the articles. And the joy of this wiki type of conviction-in-the-press is that anyone with enough time and resources can be a reporter.

To take a wider view, we not only have convictions of supposed mass shooters and patently innocent mothers on Wikipedia, we have a great deal of other fictitious information cooked up in the same manner. Try typing “chemtrails” into the Wikipedia search bar and you will be “redirected” to the article “Chemtrail conspiracy theory,” the most incredible compendium of detailed disinformation imaginable regarding the poisonous trails of heavy metals, nano-machines, and blood pathogens that are sprayed over America (and most of the rest of the world) daily. The first reference to this article in the revision history is March 14, 2004, with early contributions by Dpbsmith, Vodex, Godzig, FirstPrinciples, and others. This page has changed significantly over the last decade, with more recent versions reflecting the need of the Air Force, their contractors, and others complicit in the aerosol spraying to counter the obvious fact that we are being bombarded on a massive level—and that more and more people are taking notice.

Whereas the article was once a discursus on “contrails vs chemtrails,” we now have a more detailed acknowledgment of “the chemtrail conspiracy theory” that “posits that some trails left by aircraft are chemical or biological agents deliberately sprayed at high altitudes for purposes undisclosed to the general public and directed by various government officials.” We are assured, however, that “this theory is not accepted by the scientific community, which states that they are just normal contrails, as there is no scientific evidence supporting the chemtrail theory.” Wow—great! And all in the first paragraph. We also have an acknowledgment of the Air Force strategy paper, “Weather as a Force Multiplier: Owning the Weather in 2025,” as well as a nod to “accounts” of some of the substances we are all breathing: barium, aluminum, polymer fibers, and thorium, although no mention of strontium, freeze-dried erythrocytes, or Morgellons. And there is extensive photo documentation to put our minds at rest, such as the images below, labeled “A high-flying jet leaving a condensation trail (contrail)” and “Multiple persistent contrails.” 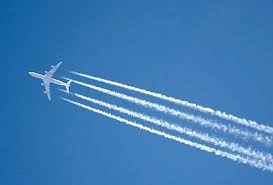 Those of us who can weather (as it were) the depredations of the US mass media still use Wikipedia. In many instances, one can correct inaccuracies in a Wikipedia page, if one has the time and inclination. But what about these big, important topics, with their detailed and extensive Wikipedia pages pushed as scholarly articles? One informed colleague who is an expert on the chemtrail phenomenon has refrained from correcting “Chemtrail conspiracy theory” on Wikipedia, saying, “They 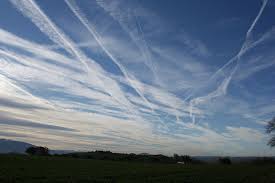 know who I am—they will come and get me.”

Yes indeed, they will know who we are, as editors must provide e-mail contacts. Retaliation might be expected in the form of change to an editor’s posts on other Wikipedia articles, or even the hacking of one’s own private websites. So while we assume that we can all contribute to the people’s encyclopedia, and do so anonymously, in fact we cannot—or at least we cannot hope to have our contributions stick. Those who wish to purvey disinformation, if they have the staff and requisite assets, can prevail completely and without exception. As Nixon said, “Leak it out!”—and that is what they are doing.[4]

*Vivian Lee is an American academic who teaches at an east coast university.

27 thought on “Convicted on Wikipedia”