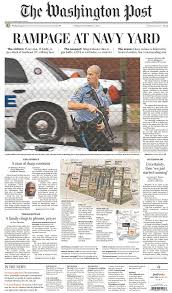 The following videos and photographs of the September 16 shooting incident at the Naval Command Center complex in Washington DC have been sent in by MHB readers over the past two days. They include edited audio of Washington DC emergency response workers.

Additional photos depict one apparent shooting victim being attended to by pedestrians, as police officers stand by and an individual in plainclothes zones off part of the scene with crime tape.

The audio has been edited and is not real time. Audio used under a creative common license from Broadcastify.com. I’m assuming that the empty audio was removed to make this easier to listen to, so it’s more than 45 minutes. At the very end it is determined that they will not be needing a large staging area for non-existent (my words) casualties. I heard of three or four patients that were described (3 @ 37 minutes + and later a fourth), but EMS didn’t receive them, from my understanding of the audio.

Video 2. This is a second version of the Washington DC Fire/EMS response to the Navy Yard mass causality shooting. This audio feed archive begins at the 8:34 AM EST mark and ends at the 10:04 AM CST mark. This is from the original source recording provided by http://www.broadcastify.com

Video 4. A Headline News reporter and local official are inadvertently captured sharing a hearty laugh as they prepare to go live.

From the New York Times:

… police sought two other armed suspects spotted by video cameras. But by Monday evening, federal authorities said they believed the shooting was the act of a lone gunman … For hours, the police said they believed that there might have been three gunmen and that two of them were on the loose in the city. Officials later cleared one of the two men seen on the surveillance video. They continued to search for a black man about 50 years old who was wearing an olive-colored military-style uniform and was believed to be carrying a “long gun.” “12 Shot to Death by Lone Gunman at Capital Base,” New York Times, September 17, 2013.

One of the first teams of heavily armed police to respond to Monday’s shooting in Washington DC was ordered to stand down by superiors, the BBC can reveal. A tactical response team of the Capitol Police, a force that guards the US Capitol complex, was told to leave the scene by a supervisor instead of aiding municipal officers. The Capitol Police department has launched a review into the matter … “I don’t think it’s a far stretch to say that some lives may have been saved if we were allowed to intervene,” a Capitol Police source familiar with the incident told the BBC. “Navy Yard: SWAT Team ‘Stood Down’ at Mass Shooting Scene,” BBC, September 18, 2013.

Email from reader received September 18 AM:

I don’t know if this is being reported in the news or not….I’m overseas and am just now able to get caught up on the news….I know someone who works there and this person’s car is still at the Navy Yard. Before he could go home that night, he and everyone else that worked there had to briefly meet with the FBI and then they could leave…so needless to say, he left on foot till he got somewhere in downtown DC where a friend gave him a lift home. The area is still considered a crime scene so everyone is telecommuting from home if they can. If not, they aren’t working. Everyone is at home…Also, they aren’t being told why they can’t get their cars. We assume that they are searching for something. But all those cars are still there.

Figure 1. In this photograph pedestrians attend to an apparent shooting victim while a police officer (or soldier) looks on close by. Another figure that appears to be in plainclothes is visible demarcating area with crime scene tape.

Figure 2. Similarly outfitted pedestrians and victim assume identical postures as that of Figure 1. A police officer and other pedestrians appear to casually proceed about their business.

Figure 6. First responders at the scene exhibiting perplexity and/or boredom.

Radios for federal firefighters and police officers failed during Monday’s mass shooting at Washington’s Navy Yard, according to union representatives for first responders.
Union officials said police and firefighters resorted to using their cellphones and radios from D.C.’s emergency responders to communicate with each other during the attack.
Anthony Meely, chairman of the Fraternal Order of Police Naval District Washington (NDW) Labor Committee, said police officers who were first on the scene at the Navy Yard had trouble communicating with others in the force via their radios.

Kevin Bogardus, “Radios Failed During Navy Yard Attack, First Responders Say,” The Hill, September 19, 2013.
From the Freedom From Covert Harassment and Surveillance:
It appears that Aaron Alexis had contacted our organization just prior to the shooting spree that happened at the Washington Navy Yard.  Several email exchanges then ensued between Aaron Alexis and myself that clearly showed that  a) he had come under physical attack from microwaves and was experiencing voice to skull technology, but was not able to process the situation until he arrived at our site.  b) he had come across some information at the Washington Navy Yard that convinced him that someplace inside there was a source of our ELF targeting – establishing a motive for the attacks!!!

55 thought on “Artifacts From the DC Navy Yard Shooting”