The Forces Behind Carbon-Centric Environmentalism 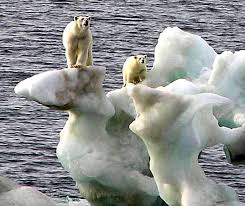 On June 25, 2013 President Obama laid out his long term agenda for reducing US industrial and consumer “greenhouse emissions.” On July 11th the Department of Energy warns that “climate change”-related events will be threatening traditional sources of energy production and causing more energy supply disruptions. All the while, the notion that unusual or extreme weather events are primarily due to an excess of atmospheric CO2 and the consequent “greenhouse effect” is arguably based much more on long term economic and political designs than sound science.

As a response to the urgent pleas accompanying the purportedly thorough and unbiased research from scientists comprising the United Nation’s Intergovernmental Panel on Climate Change that seeks to link climate change to human and industrial activity, an array of programs are being proposed and implemented by fiat in both Europe and the US. Such programs will drastically change the standard of living of most every individual in the developed world. Indeed, since global temperatures do not readily correlate with the minute rise in atmospheric carbon dioxide, there has been a marked shift within the CO2 public relations machine from the “global warming” meme to the more amorphous and catchall term, “climate change.”

The real plan behind this international agenda and promotion of an almost religious ideology is establishing the rationale for a massive regulatory and taxation system to reshape human behavior and lifestyle, in addition to carving out an entirely new area for technology outlays and financial speculation using carbon-related securities and derivatives.

While such 501C3s may be found encouraging donations from the general public, the scale of many such organizations’ annual revenue and assets suggests reliance of very deep-pocketed individuals and institutions with an eye toward selling government officials and the broader public on the notion that almost every aberrant weather event is the result of greenhouse emissions.

The following list of nonprofit organizations devoted to pushing the view of climate change and sustainability—by no means complete—has been gathered from their 990 tax forms for 2010. In that year such 501C3s brought in over 1.7 billion in revenue ($1,742,350,656), with the Nature Conservancy, led by former Goldman Sachs managing director Mark Tercek, accounting for over half that amount. Data in the fourth column demonstrates the extent of such entities’ public presence; some command greater journalistic attention while others operate with almost complete anonymity.

For example, the Al Gore-funded Climate Project was first set up for “educational purposes,” principally to have the message of An Inconvenient Truth carried into US classrooms. Another organization, Association for the Advancement of Sustainability in Higher Education, similarly carries out the less prominent work of promoting the green agenda within colleges and universities. Overall, such resources are utilized to emphasize the alleged dangers of greenhouse gas emissions to the very existence of civilization and life itself. The extent of such resources is comparable to what many transnational corporations spend on advertising annually.

While Obama and the array of well-funded environmental organizations campaign on the purported dangers of gaseous emissions, they are wholly silent on what are truly grave threats to the environment and humanity—namely the widescale contamination of the food supply from genetically modified organisms, the array of clandestine weather modification and geoengineering programs, the destruction of the Gulf of Mexico, and grave pollution of entire global regions from depleted uranium and Fukushima radiation that will last many lifetimes.

In light of these ongoing catastrophes and the powerful financial interests behind carbon-centric environmental advocacy, Obama’s posturing over anthropogenic climate change and environmentalists’ well-funded overtures may be seen for what they actually are—the visible components of a complex social engineering program far advanced in convincing the public that its return to a pre-feudal-like existence will not only be agreeable, but absolutely imperative for the greater good.

Republished at GlobalResearch.ca on July 12, 2013.

19 thought on “The Forces Behind Carbon-Centric Environmentalism”