An Open Letter to the South Florida Sun-Sentinel 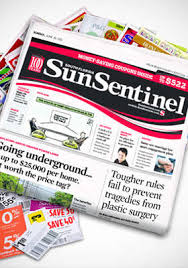