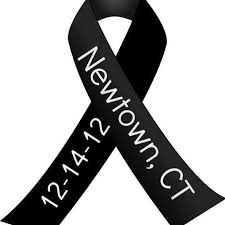 Photos and text by Vivian Lee

I stopped at the firehouse, which was being painted by a local artist. He is going to give the painting to the firehouse for a fund raiser to be held June 15.

The Firehouse driveway was inaccessible as was Dickinson Dr, so I could not get anywhere near the school itself.

A local woman drove up, parked her car near mine in front of the firehouse and started to talk to me and to the painter. She was very insistent that the citizens of Sandy Hook did NOT want any visitors. That included me. But I was polite, and we did converse amiably for quite some time. She believes the entire official story completely. She did not leave until she saw me get into my car. Basically no one was around except for the few SH tourists who drove up looking for the school (and who were told to leave by the local woman); the restaurants were closed in SH, although there was a bit more life to be seen in Newtown.

The SH resident was … still very distraught by the shooting. I really felt sorry for her. It seems that SH has been traumatized beyond belief. She said no one could go anywhere without IDs being checked by law enforcement for a very long time. The woman told me that the children had had their arms and legs blown off, because they were so small and Adam Lanza was shooting from a much greater height. She said the funeral director who had to officiate over a large number of funerals right after the shooting was beside himself.

The resident said she blamed Nancy Lanza for buying her son all those guns and taking him shooting. She said Adam Lanza was a “sick puppy” who had lived in his mother’s basement. She said that the media were “vultures,” although she knew she shouldn’t say this because it is important that we have a “free press.”

The woman also noted that the substantial donations were a huge source of consternation for everyone, as the funds that were overseen by Newtown officials were just sitting there, and no one knew what the money would be spent for. She said that this was “worse than 9-11 because these were children,” wishes that people would stop giving donations, and that people would stop coming to SH and let the town be.

I explained to her that people were coming because the whole country was traumatized, and that it was a media event, which people saw on TV or read about in the papers. I said that people meant well and were coming to see the school so that they could understand the event, or at least the venue, in a more real way.

Gene Rosen’s house is RIGHT near the firehouse; his driveway is directly adjacent.

Several properties were up for sale throughout the Sandy Hook district, but not as many as one might imagine.

70 thought on “A Memorial Day Trip to Sandy Hook, CT”