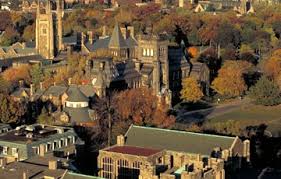 “Within the unique university context, the most crucial of all human rights are the rights of freedom of speech, academic freedom and freedom of research. And we affirm that these rights are meaningless unless they entail the right to raise deeply disturbing questions and provocative challenges to the cherished beliefs of society at large and of the university itself. It is this human right to radical, critical teaching and research with which the University has a duty above all to be concerned; for there is no one else, no other institution and no other office, in our modern liberal democracy, which is the custodian of this most precious and vulnerable right of the liberated human spirit.” Excerpted From University of Toronto’s Statement of Institutional Purpose

*Mr. Zuberi is producer of the film 9/11 in the Academic Community, an in-depth look at the reception of controversial political stances in the modern university that will be released this coming fall.

Zuberi wrote a letter supporting James Tracy in January following the media frenzy over Tracy’s remarks on the Newtown tragedy.

14 thoughts on ““The Most Crucial of All Human Rights””