When I first heard about the “Jesus stomping” incident something didn’t seem right. Poole, who was a student in one of my graduate seminars in the mid-2000s, never came off as an overbearing or arrogant individual that would seek to impose his will on anyone. On the contrary, he’s always been a gentleman, not to mention a notable success story for our program since he went on to take a doctorate at Howard University.

Since 2002 when I joined FAU the administration has on numerous occasions emphasized that in accordance with state and federal law faculty respect the religious beliefs of all students—whether Christian, Jewish, Muslim, or any other faith. For example, if a student is absent because of a religious observance the absence is stricken from their record and an effort is made to provide them with the opportunity to complete tests or other activities they may have missed. The same holds true if a student sought to sit out for such an exercise. Moreover, a student would not be ostracized or dismissed merely for her or his aversion to such an activity. 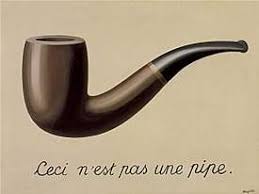 With these things in mind I was led to ponder whether something more took place in the classroom that day between Dr. Poole and student Ryan Rotela. What if the student perhaps caused a scene of some sort? Speaking as someone who’s had to deal with a variety of instructor-student situations, this scenario appeared much more plausible than Rotela’s somewhat vague account where he presents himself as the victim.

The situation was worsened when FAU administrators played into the media’s hands by apologizing for the incident rather than publicly explaining how the student’s allegations were likely inaccurate. After all, university officials knew exactly what transpired.

On March 31 Poole finally broke his silence, and his remarks confirm a betrayal of his Alma Mater and employer before a news media primarily concerned with perpetuating a story based on its own poorly researched reports. “Poole said that, as best he could tell, only one student in the course had an objection,” Inside Higher Ed explains.

That student — whom Poole did not name in the interview, but who has come forward in local news reports saying he was suspended for objecting to the exercise—refused to participate and then said repeatedly … “How dare you disrespect someone’s religion?” After class, the student came up to him, and made that statement again, this time hitting his balled fist into his other hand and saying that “he wanted to hit me.” While the student did not do so, Poole said he was alarmed and notified campus security and filed a report on the student. That action, he said, not the student’s objection to the exercise, is why the student briefly faced disciplinary action.

Nevertheless, while an April 1 WPTV News Channel 5 report highlights the intense harassment Poole has received, it fails to even mention the fundamentally contrary narrative he has placed on the record.

The fact that the public have barely been provided the opportunity to contemplate Poole’s account is further complicated by the “soundbite culture” that corporate media and lazy journalistic practices actively cultivate. Such media are well aware that impressions and what one desires to believe routinely triumph over information, analysis and reflection. Once a story frame and/or caricature of an event or figures are established news media are far more inclined to reinforce that frame rather than backtrack and correct their initial reportage.

In my case the biases generated from how the public has been conditioned to judge “those who traffic in conspiracy theories”—or worse, a professor who considers the meaning behind such peculiar topics on the public’s dime. For example, after a writer from the purportedly “alternative” New Times interviewed me somewhat aggressively for two hours, he proceeded to contact dozens of colleagues and even my spouse for dirt that might bolster the “wacko conspiracy theorist” frame. When he couldn’t come up with any tales of me marching around in my underground bunker he simply wrote an article highlighting carefully selected quips from “one of the countries most hated professors.” This is the type of reportage even press lords like Joseph Pulitzer sought to ameliorate a century ago through the establishment of journalism schools.

When I was contacted by a journalist recently concerning the media frenzies surrounding Poole and myself, I asked him if he knew what date the classroom occurrence between Poole and Rotela took place. When the writer replied that he believed it was March 4th—“at least that’s what Rotela claims”—I pointed out that that was not possible because on that date the university was on spring break. I further inquired whether he checked with FAU’s Police Department to inquire whether a report existed on the incident. He said he had not, and in admitting such he spoke for every journalistic outlet covering the story.

The fact that such information was overlooked attests not only to the knee-jerk assumptions of such news organizations, but also the poorly conceived and unimaginative journalistic practices that continue to leave so many in the dark today.

In the end given the excessive mediated pageants of the “conspiracy theory” and “stomp-on-Jesus” professors, it is safe to conclude that with few exceptions corporate news media have little desire to question and interrogate official pronouncements, inform and challenge their audiences, and thereby promote a more meaningful public discourse. Instead, their primary objective is to furnish titillating bread and circuses that will capitalize on the public’s information deficit long enough for the next freak show attraction to be identified, puffed up and wheeled before the nation.