In Search of the Last Liberal Intellectual

The now-prevalent phenomenon where only the narratives authorized by law enforcement and government authorities are worthy of serious consideration suggests the unmistakable extent to which public discourse has declined. In such an ideational system journalists and academics are expected to either fall silent or perform the rearguard action of deflecting criticism from the state.

Events such as Aurora or Sandy Hook have profuse informational gaps and a multitude of questions authorities have not begun to adequately address. Regardless of political stripe journalists and academics especially should be instinctively distrustful of such momentous incidents. Unfortunately many put short term interests of preserving reputation and livelihood above the obligatory search for truth.

Today’s project of policing the public sphere for unorthodox thoughts is a form of stealth authoritarianism that combines the weight of academic or journalistic expertise with a phony liberalism (or conservatism) to confirm the often unexamined perspectives of a specific political constituency. Such a technique is most readily employed against the apparently irrational ideas, beliefs and practices of a foreign other. In this regard “conspiracy theorists” and “truthers” typically play the “straw man” role.

For example, a recent piece by Dartmouth political scientist Brendan Nyhan exhibits anxiety over major media’s attention toward individuals critical of what authorities have told them to believe about Sandy Hook.[1] Nyhan is fearful that research into the Newtown massacre contradicting the government’s official narrative—what he emphatically terms “conspiracy mongering” and “obscure myths”–may be given a platform by more “prominent advocates” from the political realm. From here the dangerous notions could gain the support of the unenlightened–“credulous believers” and “new adherents who would not otherwise have been exposed to or persuaded by false claims.” Such verboten ideas, Nyhan argues, should instead be allowed to “wither and die.”

The problem with this stance is that it consciously paves the way for the official false claims and myths that powerful political entities and corporate news and entertainment media are capable of forcing upon the public mind and collective memory, be they Osama bin Laden masterminding the 9/11 attacks, babies being thrown from incubators in Kuwaiti hospitals, or North Vietnamese forces firing the first shots in the Vietnam War. Such a position is not unusual from a palace court intellectual; whether it is morally sound and faithful to the liberal tenet of speaking truth to power is a matter for another day.

In reviewing other articles by those using this form of defamatory innuendo toward the Sandy Hook truth community I encountered numerous poorly reasoned arguments and claims that could not withstand serious scrutiny and amounted to a bulwark for the official narrative–indeed, arguments most appealing to those with a dangerously unexamined faith in state power and lacking the inclination to consider alternative perspectives or investigate the event for themselves.

This prompted me to contact several notable “conspiracy theory” decriers and request an interview with each of them. Instead of mere name-calling, I remain sincerely interested in better understanding why such apparently intelligent individuals have come to arrive at their conclusions and become the self-appointed guardians of legitimate public exchange. I thus set about assembling a set of questions on a wide array of “conspiracy”-related issues and phenomena.

I figured I would begin by reaching out in a collegial manner to Professor Nyhan himself. “Sorry, not interested,” he replied, rather tersely. I next contacted Ben Smith and C J Lotz, staff writers at the popular liberal website Buzzfeed.com, who wrote a piece remarkably similar to Dr. Nyhan’s titled, “Sandy Hook Conspiracy Theories Edge Toward the Mainstream.”[2] Smith and Lotz never responded to my emails.

Undeterred, I contacted the operators of the well-known liberal “fact check” website Snopes.com. “I’m sorry, I’m afraid we just can’t,” Barbara Mikkelson replied. “I fear this is the downside of having a small operation.”

Next I dropped Salon.com political writer and ThinkProgress assistant editor Alex Seitz-Wald a line. The youthful Seitz-Wald prides himself as being one of today’s foremost “truth” skeptics. Since early January he has written a series of articles generally disparaging Sandy Hook researchers. “I’m writing one more story on this,” he said, “but really not interested in getting back into this subject or enduring more hate mail.” 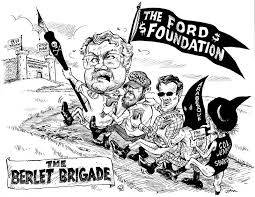 I moved on to career anti-conspiracist and former High Times editor John Foster “Chip” Berlet. Calling himself a progressive and champion of liberal democracy, Mr. Berlet wrote profusely on the resurgence of the so-called “new right” throughout the 1990s.[3] “I do not spend time with people promoting crackpot conspiracy theories,” he replied, somewhat peevishly. “It is annoying, counterproductive, and gives me a headache. Nevertheless, I support your First Amendment right to waste bandwidth and electricity.”

Just when I was about to give up hope Jonathan Kay, editor at Canada’s National Post and author of Among the Truthers: A Journey Through America’s Conspiracist Underground [4] responded favorably to my interview request. “Sure,” he said, much to my delight. Yet when I provided Kay with the questions he balked. “Just about all the answers to these questions are in my book,” he replied. I countered that very few of the questions were actually addressed in the book. “I get the sense that my perspective wouldn’t really be that meaningful to you. I’m going to pass on this.”

In the end while skilled at defending the varied machinations of our out-of-control police state by helping to confirm their immediate audiences’ prejudices, none of the foremost conspiracy cynics and debunkers opted to have a dialogue–one where they would likely be compelled to interrogate their own claims and assumptions.

Could it be that what these commentators desire in lieu of dialogue is a one-way transmission of their ideas devoid of critique or interpretation–one where the pursuit of “truth” itself is caricatured as a fool’s errand? If liberalism is based in part on a free and open exchange perhaps some of the foremost figures and media outlets touting themselves as progressive and liberal, and purporting to preserve and defend rational discourse, really aren’t so open-minded after all.

The following are the questions I was hoping my would-be interlocutors would address.

[1] Brendan Nyhan, “Boosting the Sandy Hook Truther Myth,” Columbia Journalism Review, January 22, 2013. Dr. Nyhan speaks dismissively of this author yet it is difficult to find a conventional article addressing independent Sandy Hook analysis that does not. I chose this piece to aid in analyzing its argument and a specific sociocultural tendency rather than its author. CJR seeks “to encourage excellence in journalism in the service of a free society” and its “major funders” include George Soros’ Open Society Foundations and the Rockefeller Family Fund.

Republished at GlobalResearch.ca on March 28, 2013.

69 thought on “In Search of the Last Liberal Intellectual”