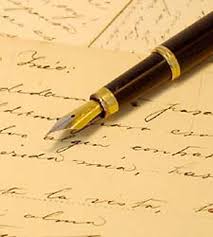 As a retired aircraft engineer, familiar with crash-sites, I realized immediately that no aircraft had hit the ground in Shanksville or the walls of the Pentagon.  What intrigued me most, was the obvious media lies spread all over the world.  Central control so to speak

I began to collect information on all these dubious “terror incidents”, mainstream-and alternative media.  Now, I kind of regard myself as a person with a “sixth sense” on these matters.

Forget the Alan Jones [sic] Network. Didn’t you notice, interviewer Watson repeatedly saying, “No doubt, that thing happened and these kids got killed”?  How did he know?  They get their instructions from the same crime network. It’s a deception set-up.  Talking about deception:

The smoking gun that nothing happened and there are no dead kids, is the guy the police dragged out of the woods, who, we are told, said, “I did not do it.”  This is it!

They needed someone to entertain the thought that a shooting really took place!  It’s part of the scam!  This suspect, a possible 2nd shooter, we are told, ended up on the FRONT seat of the police cruiser and the CBS TV Crew on the spot did not care to catch him on camera?  They made certain, all the radio news broadcasts and some TV stations carried the story during the first hours following the “incident.”  They had to present A SHOOTER to support their story.

Then they put the police chopper video on the net, to give the story another boost.  “Shooters” had to be brought into the discussion, because there was none.  This would also breed “conspiracy theories” (who would instantly be dismissed by mainstream media, due to an ignorant population).  Under normal circumstances this police-video would not be released to the public.  They did it in order to fool us!

The second “smoking gun,” are the longtime Newtown residents and Adam Lanza.  Ask the residents what they know about Adam?  Adam Lanza!   This guy is a phantom!   We know nothing about him.  No birthdate, no death certificate, how he died, where he is buried.  Nobody could identify him as the shooter, recognized him on his way to the school, on the parking lot.  Nobody apparently saw him for years.  There are no verified school records, bank accounts, doctors visits, birth certificate, drivers-license (photo+birthdate), club memberships, video game purchases.  We have no confirmation that the weird looking person on the media run photograph is Adam Lanza.  He had no friends.

Instead of discussing discrepancies, whenever Sandy-Hook is mentioned, media always remind the listener, “A GUNMAN shot 20 children and 6 adults.”  Each and every time.  Days and weeks on end.

The lady neighbor only remembers Adam as a little kid, which may well have been brother Ryan.  The only information comes from school mates, in the “Hartford Courant.”  Most likely planted fakes.  They were all reading from the same playbook.  The only Lanza relative on media, Aunt Marsha, is another dubious person.

Investigations of Peter J. Lanza’s address found 11!  Two at Newtown, Yogananda Street, Nr 36 and 13!  In the box “Associates” you find Nancy and Ryan, but NO ADAM!!

We know little about mother Nancy.  Shot twice in the face, another story states 4 times in the face.  Connections to Sandy Hook, being a teacher, visiting shooting ranges, with autistic Adam?  All media lies.  Nancy too, had disappeared for months.  Neighbors said they had no contact for years (not months).

CNN timeline Quote “Law enforcement sources involved in the investigation said the shooter was 20 years of age.”  This was hours before the shooters name was changed from Ryan (24) to Adam!!

The “fast and furious” response by Obama and the White House does not match the norm.  Obama actually spoke to the nation (15.15) 30 Minutes before Police Lt. Paul Vance published the first correct casualty list (15.45), that became the official number (20 kids, 7 adults).  And: How come it took law enforcement 6 hours to count 25 + 2 bodies?

How come that the dead were left on the premises for 14 hours, until midnight.  This is against all rules.  Who was in charge attending the victims, in the immediate aftermath of the “shooting”!  Why are there no pictures/videos of their recovery/transport?

We’ve seen no pictures of the shot-up entrance, the bodies, the blood, the messed up classrooms; Nothing!  There were funerals and stories told, but absolutely no proof that a shooting had taken place.  It’s another scam by the minority group who governs the USA.  Declaring never ending “wars on terror” and now war on the majority of law-abiding Americans.

The media monopoly by this group has to be smashed.  Without, there is no hope.

59 thought on “Unanswered Questions From Europe”