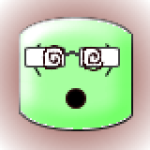 Originally posted on Fellowship of the Minds.

Adam Lanza was the 20-year-old alleged mass murderer of Sandy Hook who, on December 14, 2012, first killed his mother, Nancy, with four shots to her face in their family home, then drove a short distance to Sandy Hook Elementary School. There, in the space of 11 minutes, he shot to death 20 first-graders and 6 adults, before killing himself with a shot to the lower back of his head.

Among the many curiosities about Lanza, such as not leaving any online footprints despite being a computer wiz, is the fact that genealogy websites, e.g., Ancestry.com, initially had Lanza’s date of death, according to the Social Security Death Index, as a day before the massacre, on December 13, 2012. It was only after the curious date had been discovered by bloggers, did the websites revise it to the day of the massacre. (See “SSDI changed Adam Lanza’s date-of-death from Dec. 13 to Dec. 14, 2012 !!!” and “Sandy Hook: Adam Lanza’s strange Dec. 13 date-of-death just won’t go away”)

This post is about another Adam Lanza oddity: The funeral home and director who cremated his body.

On Dec. 23, 2012, the UK’s Mirror reported that Lanza was to be cremated in secret “to stop hater mobs targeting his remains”. On Dec. 31, 2012, ABCNews reported that Lanza’s “body” (presumably his ashes) had been claimed by his father, Peter, whose divorce from Nancy was finalized in 2010, and that the funeral home wanted to remain anonymous.

It turns out there is good reason for the funeral home to “remain anonymous”.

Linwood Cemetery and Crematory is at 41 John Ward Ave., Haverhill, MA 01830. Why Linwood was chosen is a mystery because it is located in Massachusetts — not Newtown, Connecticut, where Lanza killed himself; nor Stamford, Connecticut, where Peter Lanza resides; nor Kingston, New Hampshire, where Nancy Lanza was buried. (See Daily Mail)

That leaves Hartford Trade Service as the “Funeral Facility” for Adam Lanza’s body, and its funeral director who had signed Lanza’s death certificate with an illegible scribble, and whose license number is 2698.

According to Hartford Courant, on January 25, 2011, Kevin Riley, 54, funeral director and owner of Hartford Trade Service, was sentenced to eight months in prison for using “a body-removal contract with the state medical examiner’s office to gain access to the estates of people who had died and stole assets from some of them,” and for double-billing state agencies for body removal.

Prosecutors said Riley had himself appointed administrator of the estates of people with no relatives, giving him access to money and property with little or no scrutiny. Riley and his co-conspirator, Yolande Faulkner, who also was charged with larceny, would then steal money, jewelry and paintings and sell some of them through an auction house where Faulkner also was the bookkeeper. All told, Riley, through Hartford Trade Service, billed the Department of Social Services and the Office of the Chief State Medical Examiner more than $25,000. In many of those cases, Riley also charged the state $1,800 in burial fees — while also charging the person’s estate that same amount.

Riley surrendered his funeral director and embalming licenses to the state Department of Public Health and agreed to repay the estates he stole from as well as two state agencies that he had double-billed. Additionally, he must perform 50 hours of community service during each of 3 years of probation once he is released from prison.

Below are the State of Connecticut Department of Public Health‘s notification of Riley’s voluntary surrender of his license, and the discipline citations against him and Hartford Trade Service:

We looked up Hartford Trade Service (HTS) on Legacy.com and found its address and phone number:

We called that number, and had an interesting and cordial conversation with HTS’s owner, Kevin.

After 4-5 rings, a man answered. We asked if Hartford Trade Service is a funeral home. He paused, then answered hesitantly, “Yes,” and explained that HTS is a “non-traditional” funeral service because it:

He said HTS does not have a website and that his name is “Kevin.” He said HTS is still in business, despite some accounts that it had closed in 2011. Kevin also confirmed that some employee at HTS was in legal trouble a few years ago. He said he’s been HTS’s owner since 2010.

From the phone conversation, in all likelihood “Kevin” is Kevin Riley, funeral director of Hartford Trade Service, who in 2011 was convicted and sentenced to 8-months in prison for overbilling the State of Connecticut (for which HTS must have served as a subcontractor); and for stealing from the homes of deceased, then selling the stolen goods to antiques dealers.

But when we searched for 623 Main St., East Hartford, CT on Google Map, the building is identified as River Bend Funeral Home Crematorium! Below is a screenshot from Google Map:

Kevin wasn’t there, but a male employee was, who said that River Bend Funeral Home’s owner is Kevin Davidson (not Kevin Riley). Here’s Kevin Davidson’s business card, identifying him as the owner of Hartford Trade Service:

The only problem is this: The website ConnecticutCorps: Company Profiles of Connecticut, has Kevin Riley as the owner of River Bend Funeral Home, 623 Main St., East Hartford, CT 06108 — which means the assistant lied. More disturbing still is what ConnecticutCorps says about River Bend’s “Company Overview”:

As proof, here’s a screenshot of ConnecticutCorps page on River Bend, with the time and date (4/27/2016) when the screenshot was taken:

The Search for Licenses

Below are screenshots of the search results:

That the State of Connecticut’s eLicensing has no records for funeral home Hartford Trade Service is also confirmed by an anonymous tipster to Professor James Fetzer. In an email, the tipster wrote:

To summarize, our investigations — online, by phone, in person — found that:

However, if the Sandy Hook massacre never took place, and Adam Lanza never died (or, as some say, never even existed), then an unlicensed funeral home with an unlicensed funeral director who’s an ex-convict would be the perfect candidate to pose as the “funeral facility” for a non-existent corpse.

For the links to all the posts Fellowship of the Minds has published on the Sandy Hook hoax, see our “Sandy Hook Massacre” page.

For a free copy of the Amazon.com-banned book, Nobody Died at Sandy Hook,  click here. To buy a hard copy of the book, sure to be a collector’s item, click here.