Kevin Scott King: What is a False Flag? 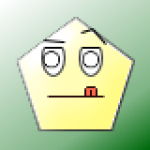 With Fox News 1450 on the Kate Dalley Show. Fox you say?!? That was my initial reaction when I got the request. But it turns out this Fox radio station is in

Kate and David were gracious hosts, and very well versed in the often false reality world we live in.

This was my first interview of any type. And immediately after it was over I thought it went terrible. But I forced myself to listen to the recording and felt like I did alright, hence the post.

58 thought on “Kevin Scott King: What is a False Flag?”