Were Drill Protocols Followed In The San Bernardino Shooting? 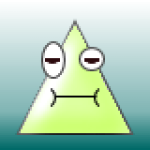 In the chapter entitled, “Top Ten Reasons: Sandy Hook was an Elaborate Hoax,” from the banned book, Nobody Died at Sandy Hook, Vivian Lee exposes the Sandy Hook Shooting as a psy-op by, among other things, establishing that drill protocols were implemented during that event.

According to Lee, guidelines set forth by the US Department of Homeland Security require that all personnel and observers of an emergency drill check in with controllers and be issued identification badges. She notes that during the Mass Casualty Event at Newtown, Connecticut, “This protocol appears to have been followed at Sandy Hook, where many participants wore ID/identification badges on lanyards…”

In this video from the San Bernardino Shooting, a group of people with their arms up are ushered from the property where the Mass Casualty Event has taken place. Before they exit the parking lot, a number are called back to hand something over to a man who collects the objects and walks in the other direction. It is possible to see these objects dangling from the hands of some of the people, as if from a cord or elastic.

The footage in this video was recorded from a MSNBC Live television broadcast on the day of the San Bernardino Shooting, and though it would seem unlikely, it appears to be a singular document in that no other copies are available online and newscasts have culled it from their graphics rotation.

The possibility that there is an innocent explanation for the collection of what look like ID/identification badges from people who may or may not be San Bernardino County employees, is undercut by the urgency of the effort to keep this footage off the internet and unavailable to the public.

31 thought on “Were Drill Protocols Followed In The San Bernardino Shooting?”