What Happened to the Music? 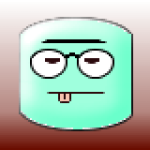 Listening to James’ fantastic interview with James Perloff, I developed a thought. The topic was the bit just after the halfway mark, when he was talking about the history of television, and how the bad guys got those machines into our houses as a sort of Trojan Horse, a gift that anyone with a mind crafted in Western Civilization would look forward to receiving. Leave It To Beaver warmed our hearts; Lucy made us laugh. No one could object to the content back then. It was anything but the Devil’s Box.

But by the late 60s, when 90% of households had come to own one, and we were already addicted, a comprehensive transformation was underway. The content was now becoming systematically darker, and steadily contrary to Biblical morality. It was training us that moral “darkness” is not objectively real, only a matter of private interpretation. Perloff rightly contends that, had the Powers that gave us television started out with the content that was put into place by the 1970s, much less more recently, no one in the 50s would have bought a set. A very fine insight.

That part of the conversation had to do with how this coincided with the transformation of the recorded music industry at the very same time, and Dave McGowan’s seminal exploration of the Laurel Canyon scene—an investigation I followed very closely almost from the start, when it was a series of Web articles. (This is the first; most of the rest can no longer be read at Dave’s site—they will now direct you to the published book, which I highly recommend. The book has one downside, though: it does not include the sometimes amazing pictures the original series of articles incorporated in the narrative. But all is not lost! You can read the whole series, starting here, as it originally appeared, complete with pictures. That said, Dave added lots of new, valuable, content when he made it into a book, so I recommend reading both).

Anyway, this year being the centenary of Frank Sinatra’s birth, Mark Steyn, long-time chronicler of the history of the Great American Songbook, has dedicated his “Song of the Week” feature to the backstory of the songs most associated with Frank. (This is the first in the series. I warn you, it is addictive.)

Perhaps I should explain where I’m going with this. Having been born in 1960, I grew up in the era of rock and roll bands  and singer/songwriters, so it was probably inevitable that I would have no truck with Sinatra until later in life. Sure, I liked hearing the songs when a movie used them to nice effect, but until I started reading Steyn’s “song of the week” essays some years ago, I was barely aware of the history of songwriting, much less the business behind it. Mark’s wonderful story-telling reveals this as a fascinating, indeed thrilling, portion of modern history. The fact that I knew next to nothing of this essential building block of the world we now inhabit is quite telling, and Perloff’s remarks put it in focus.

As a little kid I never listened to the radio, and thus only learned about the Beatles when I was ten or eleven years old—after they had already broken up. The bands I developed an interest in were all representative of that time; the first record I bought was Simon and Garfunkel’s Bridge Over Troubled Water.  Elton John, Cat Stevens, The Rolling Stones, the Beatles, Led Zeppelin—you get the picture—constituted the world of popular song for me.  It was as if the songs in old movies were an abstraction, a thing no one would wish to listen to on the radio, much less collect record albums of them.  In truth, though, I never really thought about it.

Perloff’s insight, in the interview, explains that strange reality.

A friend of mine, who is somewhat older than I, is a HUGE fan of the Great American Songbook; he knows all about Cole Porter and Dorothy Fields and George Gershwin, Irving Berlin and all the rest, and when he found out that I, too, am a fan of that music, he advised me to read The House That George Built, by Wilfrid Sheed. I’m glad he did. It is a truly magical read, unfolding as it does the growth of a cultural phenomenon that began with the 20th century. It is great fun to learn about the personalities that fashioned an entirely new, deeply involving, aspect of social reality.

Unfortunately, as the 60s came in, the Forces Of Darkness were taking over that lovely thing, and refashioning it into a tool to shape the collective mind of the youth for horrible purposes.

McGowan writes about The Wrecking Crew, the gaggle of virtuoso session musicians who were the guys who actually played on the fantastic early hit records of many of the late 60s Laurel Canyon bands, when the supposed rock stars had still not really learned to play well enough to sell records. (A movie just came out about it, called, strangely enough, The Wrecking Crew—a fine documentary, and long overdue.) One explanation of the name given to that loose-knit collection of modern masters is the premonition that their existence spelled the end of the world as it had been, a world where Nelson Riddle and Billy May arranged and conducted actual orchestras to back Billy Holiday and Ella Fitzgerald and Frank Sinatra, while they sang the songs of Gershwin and Cole Porter and Johnny Mercer. Electric guitars and drum sets permanently replaced strings and brass and woodwinds—and no one would ever again conduct.)

And it was only a matter of time before even THAT world would be done away with, and all the “instruments” heard on pop recordings would often be computerized simulacra of the real thing.

The point is that however badly the likes of Sinatra might behave with the broads in his real bigger-than-life life, the music itself was reliably wholesome and fine, and decent people would not hesitate to expose their children to it—just as Lucy and Dezi’s private life bore no resemblance to the one everyone saw and admired on I Love Lucy.

The difference between the two, really, is that—if Perloff is correct—television was intended as a Trojan Horse from its very inception, whereas the recorded music business was born innocently, and had to be bent into a corrupt monstrosity over time. Recorded music started out wholesome and decent and matured into something the culture was rightly proud of, only to be taken over and ruined once it was a mature and influential cultural influence.

The minds of the youth, starting with my generation, were systematically shaped by these new, malign, influences. It has come to the point where the transition phase has long since been completed; just as with television, there is no uncontrolled music any more. It is a tool of the System, of a terrifying agenda, wielded by monsters to craft a planned future for us all, the future Orwell saw on the near horizon.

It is instructive to contemplate the difference.

The record industry started life around the same time the long brewing plot to overthrow Western Civilization took its final form (that would be 1913, the year the central bank, our so-called “Federal Reserve” was launched; the Senate was wrenched away from the States; and an income tax was imposed on the people—all that was missing was a catastrophic war that would wash away all memory of life as it had been, but World War I would soon remedy that).

That is to say, our masters were not yet prepared to intercept and shape a new form of popular entertainment even as it was emerging out of the creative genius of the American spirit. It was still a time when a roiling, intoxicating, brew could spontaneously blossom out of the joyous enthusiasm of immigrants who loved their new country and were eager to help shape its culture into something lovely. Mark Steyn makes the fascinating observation that to a great extent we have that horrible war to thank for the Great American Songbook, because until then Americans mostly got the tunes they whistled from the London stage, second hand. But as Britain gave itself over to trench warfare in France and Belgium, the plays stopped being produced. The vacuum thus created turned out to be the grand opportunity that would be filled by Jerome Kern, Irving Berlin, George Gershwin and all the rest of those impoverished new arrivals in the Lower East Side of New York.

Much the same can be said of the singers. Billy Holiday is a phenomenon that was only made possible at that moment in time, in that place. Sinatra’s career likewise could never have happened in any other time or place. Plays like Showboat became possible, and Frank Loesser was able to give the world Guys and Dolls, because we were creating singers to sing those wonderful songs.

It was necessary for the secret government to capture that wild creature and tame it, before it could be twisted into something evil to use for its own devices. The Vigilant Citizen web site, in its hundreds of articles on the subject, chronicles the sad lives of those who seek stardom in what our masters have done to the record industry. To succeed there today, you must agree to be a pawn for the forces of evil to use to systematically indoctrinate the masses. By now, to be a success in the music business, you have to play a part written for you by the machine that is using music to fashion the New World Order.

Contemplating Perloff’s remarks, it occurred to me that our masters learned a lesson as they observed the development of popular song in the first half of the 20th century in America. They have no patience with freedom, much less genuine creativity expressed by free people left to their own devices. It is complete control over slaves that they wish, and they will do what it takes to make it so.

Television, on the other hand, was under their complete control from the start. We need to remember that television was invented in the 20s, but was not introduced to the public until the 50s. It was not a spontaneous, organic, expression of a freewheeling, joyous, people. The entire industry was a product, planned from start to finish. And I think Perloff is correct when he concludes that that plan was a key element in the creation of the New World Order.

Music and visual entertainment are food for the mind; they can be expressions of it, and they can mold it.

The soul is made of three things: the mind, the will, and the emotions. Music and television are twin gateways to the mind, and they have a profound effect on the will and the emotions for good or for evil. Too bad for us that the forces of darkness have complete control over both of them, and use that control to capture our souls.

Patrick Murphy, a frequent participant in the conversation at the Memory Hole Blog, runs a small (very small) business in Indianapolis, and is the author of the books How the West Was Lost and The Stairway to Heaven, information about which can be found at Stairwaybook.com.

58 thought on “What Happened to the Music?”