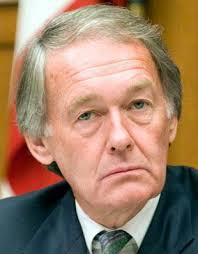 Yet what increasingly passes for liberalism would scarcely be recognizable by those who originally conceived such a philosophy. Traditional liberalism envisaged by John Locke and his contemporaries recognized liberty as arising from the inherent sovereignty of individuals in their intellectual, professional, and property-related affairs. Such a genuinely fundamental liberalism distinguished how reason and debate within a functioning marketplace of ideas were capable of arriving at sound conclusions and, overall, truth.

In the spirit of John Milton’s Areopagitica, all voices capable of articulating a stance on a given topic were anticipated to engage in this journey toward truth. A solid faith in human reason’s capacity to recognize and uphold truth vis-à-vis suspicion toward unchecked political power is evident in America’s founding documents and governmental separation of powers. Along these lines, individual liberty was acknowledged as an essential component of popular sovereignty.

The public quiescence toward such extreme constraints on thought and speech as those proposed by Sunstein and Markey suggest just how far the nation has wandered—and in certain notable instances been dragged from—its true civic moorings. The classical liberal ideal and faith in the free exchange of ideas has long been incompatible with the economic and political system under which the United States presently functions. This overall malaise can be traced to two historic events.

First, the Federal Reserve Act of 1913 forfeited the nation’s financial system based on free enterprise to a handful of bankers who, through such legislation, were empowered to create recessions and depressions at will. Second, the National Security Act of 1947 introduced a multi-tiered of platform of shadow governance with the capacity to carry out both foreign and domestic clandestine operations, including assassinations. These key arrangements together undermined the genuine possibility of both individual enfranchisement and popular sovereignty.

Most of today’s “liberal” political leaders and members of the glitterati who have established themselves based on their purported attunement to the cries from the ghetto will unswervingly maintain a willful ignorance of or otherwise discount these monumental transformations to the nation’s political economic landscape. Such a tendency is bolstered by the post-1913 tax exempt status of philanthropic foundations, universities, and a majority of non-governmental organizations.

While Markey’s “Hate Crimes Reporting Act” may never see the light of day, its proposal is yet another manifestation of America’s faux liberalism that is steadily collapsing through its own excessive hypocrisy and denial. A belief system that seeks to criminalize speech based on something as semantically unstable and politically-charged as “hate” should be recognized as a thinly-disguised authoritarianism—indeed, one so devoid of ideas, substance, and historical awareness that it must insist on its own continued relevance by threatening to assail the very ideals it purports to exemplify and defend.