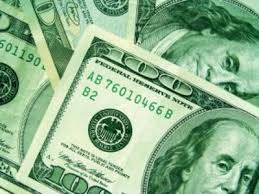 “There was a whole tribe of men who made their living simply by selling systems, forecasts, and lucky amulets. Winston had nothing to do with the Lottery, which was managed by the Ministry of Plenty, but he was aware (indeed everyone in the party was aware) that the prizes were largely imaginary. Only small sums were actually paid out, the winners of the big prizes being nonexistent persons.
― George Orwell, 1984

You are almost certainly familiar with the fact that there is a mass of people around the world who question what “Sandy Hook” was, and you probably have you own opinion about how much of what the media told us was true. However, when it comes to truth, the people and events of the small village of Sandy Hook, Connecticut, and the 60 square mile of rural town in which it rests- Newtown- seem to be a mystery. And from what even the dodgy media are saying, that may not be a coincidence.

As the talking heads and printing presses interrupted our regular broadcasting, the critical masses and awakened population started to question what was being reported. A discerning public began to rise, a swell of whispers and theorizing that has become an internet frenzy, and fodder for podcasts, blogs, websites, and chat rooms. Seekers of truth are pushed to the periphery to find out what really happened that day, because the center of it all- the media stories and government reports- serve to show us only that the Sandy Hook event was without question a function of secrecy, an act of concealment. Lies of omission, and outright lies. And, if you believe the media’s version of events, your trusted media is, too, reporting that Sandy Hook is an event that is “shrouded in secrecy”, as reports Jon Lender of the Hartford Courant. Indeed, Lender explores this very topic in his article, “Secrecy, Funding Hobble Sandy Hook Commission” . More recently, the front page of The Hartford Courant trumpeted the headline, “FBI releases heavily blacked out records”.

To some it seems that Sandy Hook has opened a Pandora’s box of conspiracy and lies. As more is revealed each day, however, the information has started to beg the question: What if the secrecy did not start on 12/14/2012….What if Newtown, the Sandy Hook event—whatever one wishes to call it—was business as usual?

Let us take a look at a certain mysterious aspect of Sandy Hook, and Newtown, that predated the Sandy Hook Event (SHE). Without speculating if there is a conspiratorial, or even sinister reason for this, the facts stand:

certain Newtown residents are winning the lottery at alarmingly strange intervals, at high rates of succession and repetition.

Sandy Hook, one of 17 “neighborhoods” (the town’s .gov website lists five, but maps and Wikipedia list 17’ Sandy Hook is the only one with its own zip code) in the 60 square mile town of Newtown, is the home of many of those anomalous cases. They are recorded here as they appear on the lottery websites, and confirmed by matching them with other public records, such as town hall records of home ownership to check where individuals reside, and other relevant public documents.

I came upon this interesting lottery connection when I was reading something about Mark Mattioli, SHE victim James’ father. Mattioli has been featured at legislative meetings, speaking out like the other parents of victims’ of Sandy Hook, but in a notably different manner—Mattioli has become known as the black sheep of the victims’ families—he is “pro gun.”

Working with lobbyists from the National Rifle Association, Mattioli has spoken out about Americans’ Constitutional right to bear arms, blaming not the gun laws on what allegedly happened at Sandy Hook Elementary, but rather on the individual. His stance is unpopular, and for that he has garnered considerable media attention—much of which has been disbelieving. Losing a son, and being shunned by because of his controversial views on gun control, Mattioli has nevertheless had some rays of sunshine peering through the clouds.

An old adage is that you can’t win if you don’t play. With this in mind enthusiastic lottery winners from all over the state would have the same type of winning percentages. Yet in Connecticut this is far from the case the case. A cursory check of lottery winners’ names and dates in Florida, a randomly selected state, show few-if-any repeat winnings.

Michele Gay says of finding out of her daughter’s SHE death that it “was just a sucker punch…then my husband came in, from Massachusetts, where he was already working…” One can hear her recorded message on her YouTube here:

Michele Gay has a few aliases/’aka’s listed: Michele Kay, Michele Patuzzi, Michele United- based on unpaid search on Intelius.com. A phone call to Intelius showed that these aliases come from birth, marriage, death records, in addition to business ownership, motor vehicle records, and “self-reports,” which would include each time one submits a magazine subscription or a frequent shopper card application.

Those familiar with Sandy Hook research understand how aliases abound in Newtown. For example, Michele Ann Gay, 41, wife of Robert Gay, is mother to Josephine Gay, one of the victims of Sandy Hook. On September 2, 2012, three months before the Sandy Hook Event Michele Ann Gay, 41, of New Haven (208 St. John Street) won $30,000 in the lottery. There is one Michele Gay listed in Connecticut according to phone records, at an address in New Haven. Currently, in the media, Michele and Bob Gay are shown to be living just outside of Boston.

Michele Ann Gay’s New Haven address lists court proceedings (2010, Debt Collections, www.jud.ct.gov,) in which “Cach LLC” is the Plaintiff. Cach LLC is a corporation known for suing debtors, and then having a judgement in the company’s favor, without allowing for a response from the defendant. According to Connecticut judicial records, such was the case with Ms. Gay, when in 2010 the court ruled against her in absentia.

Regarding her New Haven address listed on the court documents, a phone call to the New Haven Connecticut assessor’s office tells us that the address listed is nonexistent. Saint John Street exists, yes. Does 208? No, it does not exist, says the assessor in a sing-song voice. 206 exists, if you sent mail to 208, however, it would just be returned as undeliverable.

The Economy of Steven Zvon

Steven Zvon is a member of the Newtown Economic Commission. He and his wife reside in Sandy Hook in Newtown. His wife is active at town hall meetings, and in the schools’ PTO board. Zvon, too, has had amazing luck; he has won the lotto a total of 11 times in the past few years; a few times he won several times in the SAME week! Here is a screenshot of Zvon’s winnings:

The Family- the Barillaris of Connecticut

According to legacy.com (A division of the CT Post online), Lorrice Barillari passed away at the age of 87 in 2007. Her husband had been Dominic Barillari, her son is Michael, and Michael’s wife is Patricia, of Newtown. The Barillari family, it says, owns a Dunkin Donuts franchise.

Dominic was the President; Patricia, Vice President, and Richard, Secretary and Treasurer. While “Lorrice Barillari” is not a Principal, it would stand to reason that the “L” in DPLR is the last of the four Barillari Lottery winners from Newtown.

(Note that Richard C. Barillari has a son, Richard Patrick, who is 33, and so the elder Barillari may not be the lottery winner; it may be Richard Jr., or it could be a mix of both, but with no dates of birth or other identifiers on lottery listings, one cannot determine for certain which.)

Next up is Mr. Frank Mathison of Newtown.

James Mattioli, Michele Gay, and the pack of multi-time winners in Newtown are certainly enough to pique one’s interest. There has been online conjecture and chat room buzz that those “crazy hoaxers” (For the new reader: Any people who do not buy the official version of Sandy Hook) are alleging that ‘They’ (with a capital T) are using the lottery as a way to pay actors in their charade. I am not making that claim. I do not even have a theory as to how this anomalous situation has arisen….but it has.

Our media has certainly not touched upon this topic, but upon closer inspection, why should they have? This multi-time winners were hitting small amounts frequently, not one large lump sum payout. None of the winners in these anomalies hit the Powerball, beaming at the Connecticut Lottery Headquarters in Rocky Hill, CT, dwarfed by a giant yellow check. These sums are humble amounts, small enough to not garner attention, but substantial enough to merit a closer look. A statistician could polish these numbers to tell the mathematical tale of a town and its people, a state and its lottery, and the cloud of unlikely circumstances and high strangeness that operates there. Don’t worry, reader, as of this writing it has been verified that the Newtown lottery connections are but a wart on the slimy toad of Connecticut corruption. Newtown is reminiscent of Churchill’s Russia, and you are implored, readers, to keep with you the latter half of his statement: “It is a riddle wrapped in a mystery inside an enigma: but perhaps there is a key.”

Sources:
The list of Connecticut lottery winners is found here. However, the list is not searchable by name, or location, and is chronological. This site which is independently run by a man who researches lottery winnings by location, and according to the site his “analysis was based on Connecticut lottery winners from 1998 to 2011 that I obtained through the State’s Freedom of Information. I then organized the data by zip code, and crossed with income data from the IRS and number of residents in each ZIP code by using data from the Census Bureau.” It is very user-friendly and one can search the site easily by putting a name or location into any of the search fields. The site’s author has not yet replied to requests for further information about the FOIA documents used to create the statistics and data on the site, and if this author receives them, there will be an amendment as an additional source here.

Any criminal or civil cases referenced are found in the State of Connecticut court documents at www.jud.ct.gov, and are all a matter of public record. When possible, there is a photo or screen shot to illustrate and provide evidence for any claims made herein.

Meeting minutes and documents showing that Steven Zvon has been a member of the Economic Commission can be found at www.newtown.gov.

Business information retrieved from the Connecticut Secretary of State’s records.

*Duke Reichert attended a highly esteemed university in New England and has had a fruitful career in both business and government. A natural skeptic, he applies logic to illogical and puzzling circumstances in an effort to sift out fact from fiction. Due to the nature of this topic, and its highly controversial content, Reichert has been writing under this nom de plume and looks forward to the day when truth is championed and he no longer has to do so.

65 thought on “Ministry of Plenty”