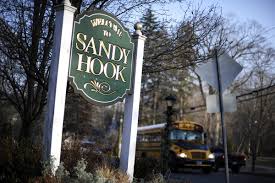 In this interview, Sofia Smallstorm speaks with former school administrator Paul Preston about his life as an educator and his analysis of the Sandy Hook school shooting.  Mr. Preston spent 41 years in the California public school system, going all the way from custodian to district superintendent.  He was a teacher, coach, vice-principal and principal before retiring in 2012 as superintendent of two charter schools.

Preston is also highly trained in school safety issues, having organized drills of many kinds, including active-shooter drills.  His website is www.Agenda21Radio.com, which he created to alert listeners to the real nature of the United Nations Agenda 21 programs for global sustainability.

Hour 1 covers the aspects of the shooting that led Paul to conclude that Sandy Hook was none other than a staged drill – and sloppy, at that. (See also the March 2, 2014 interview conducted with Sofia by American Free Press‘s Dave Gahary that covers similar ground.)

Hour 2 (available via subscription at Pure Momentum Network) gets into the “Potemkin village” aspects of Newtown as a model/platform for implementation and demonstration of Agenda 21 societal control.

“For those of us who have been in the field of education and have been a part of the lives of the children we have touched, it’s an honor hard to describe,” Preston remarks.

When children are threatened or harmed and you, as a professional, are responsible for their safety, the world changes.  You become a different person.  For the rest of your life, a new sense is there that screams from an inner instinct of protection.  When I saw the events of Sandy Hook unfold, that instinct was instantly triggered, yet the story that was being portrayed did not add up.  I must pause at this point to let you know where I come from on school issues.  I served 41 years in public schools in California working from custodian to superintendent.  I was a teacher, coach, vice principal , principal and superintendent.  As an administrator, I have seen the best and worst of humanity. I have been involved in a range of school safety issues from shootings, drugs and gangs to child sex-trafficking, and much more. I have advised and been an expert witness in court on gangs and drugs.  I have organized and conducted numerous school drills (e.g., active-shooter, earthquakes) in Northern and Southern California.  I was even questioned by detectives investigating the Columbine shooting on the subject of the Trench Coat Mafia and Neo-Nazi hate groups. So when I watched the news footage of what occurred on December 14, 2012 in Newtown, Connecticut, using my own keen eye developed from 41 years of witnessing actual tragedies and staged exercises in schools, I knew immediately that Sandy Hook was not a real event.”

Sofia Smallstorm began her journey into the momentum of Waking Up and Seeing with 9/11.  While digging into that subject, she discovered artificial clouds and chemtrails, and from this was inspired to recognize the presence of a synthetic biology agenda in the activities around us.

Her “From Chemtrails to Pseudo-Life” talks (Part 1 and Part 2) take us from synthetic biology to radiation biology, the territory of our current addiction to wireless communication.  Her 2013 talk “Unraveling Sandy Hook in 2, 3, 4 and 5 Dimensions” is a different view on the use of staged events to shape society as they move us all into a post-human world.