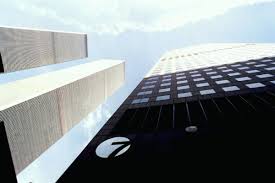 Maggie Zhou and I—a molecular biologist and a social psychologist— were challenged to find out what MIT engineers think of the collapse of the World Trade Center’s (WTC) Building 7. Armed with a portable player and a 5-minute “Building 7″ segment of the hour-long DVD “9/11 Mysteries” (2007), we descended on the student center cafeteria and professors’ offices in the Civil & Environmental Engineering department. We were driven by Professor Noam Chomsky’s disdain for “the 911 Truth industry” and their “insane conspiracy theory” which implies that the fall of the Twin Towers of New York’s World Trade Center in the aerial attacks of 2001 might be an “inside job”. He challenged his audience in a recent lecture to go to MIT (Massachusetts Institute of Technology) and ask the experts. So we did.

Maggie and I were concerned mostly with the collapse of the 47-story Building 7 which was not hit by an aircraft but by some hurtling parts of the exploding towers, sustaining small fires fueled evidently by diesel oil stored in the building along with emergency oxygen supplies. The building suddenly collapsed several hours after being evacuated following the hits on the towers. It’s top buckled downward (“crimp”) and then went totally down at near free-fall speed,neatly into its footprint, generating huge clouds of toxic dust from its constituent materials. Buildings 3, 4, 5, and 6—closer to the towers—were more seriously damaged, and burned, but none collapsed. Building 7 was virtually unknown to the public outside New York City and ignored by the mainstream media.

Before approaching the professors, we tried out our DVD with several pairs of young people having lunch. One engineering undergrad watched for a minute and then lectured us on fire-weakened steel and “exploding oxygen”—similar to explanations offered in reports by the National Institute for Standards and Technology (NIST). The second engineering undergrad was silent, but also rejected the idea of controlled demolition by set explosives. They both wanted more information on where the stored diesel and oxygen tanks in building 7 were.

At the next table two toxic waste removal workers under contract to MIT fully accepted the idea of controlled demolition, noting the extremely improbable form of the collapse. At yet another table the one mechanical engineering student who was not preoccupied with his own laptop watched carefully and rated the collapse “probably” a controlled demolition.

Now come the professors. It being around class time, most of the offices were locked, but we managed to talk with three professors in the Department of Civil and Environmental Engineering and one more the following day. The first, evidently retired, said he had no expertise on any of the WTC buildings, but offered that burning office paper provided enough heat to weaken the steel skeleton of the towers, yielding to the weight of floors collapsing from above. He said he knew nothing about Building 7, but referred us to Professor Eduardo Kausel who had studied the Tower collapses. We approached the department head, who was on his way to teach a class, and he also referred us to Kausel, saying that Kausel was the only one in the department who had studied the WTC collapses.

This was an experience. The award-winning professor Kausel, who teaches structural dynamics, had been shocked to see the towers falling on TV, and within hours was writing a paper on this, finished it within a few days, and circulated it among his colleagues, who “liked it”. This paper, accessible in the online book The Towers Lost and Beyond (May 2002) which Kausel edited, apparently framed his investigation of other sources and energized his conversation with us. The burden of his explanation was the fire-generated “pancaking” theory which, as a consultant, he shared with NIST—as well as The New York Times —which featured it and which became the basic explanation of the official US investigative commission.

The sounds described by firemen as sequential explosions around the perimeter of a tower Kausel attributed to the “ratchet-like” (approximately 9 per second) noise of floors hitting one another at nearly free-fall speed. He was very brief with this, but good-naturedly belabored the craziness of science fiction and movie kooks who want to believe that explosives were planted and used to bring the towers down. We gently stated that we were not sci-fi or movie fans but were PhD scientists looking for sound explanations of any anomalies that have been put forward by many architects and engineers. That made no difference. “It’s a free country,” he repeated. “People believe all sorts of things. They can believe what they want.”

Regarding Building 7, in response to our questions and not having watched our DVD, Kausel speculated that the specially heavy floor on which the mayor’s emergency control center was located might have forced collapse of the floors below, rather than a partial collapse. He said he did not investigate Building 7, and had no curiosity as to why it collapsed, or what questions other people have been raising about it, because he already has his explanations for 9/11 and the twin towers, and as far as he’s concerned, the matter is closed.[1] He ignored the squibs and flashes visible in later-appearing videos. He deflected mention of recent nanothermite findings indicating high-level explosives.

Years later MIT linguistics professor Noam Chomsky, annoyed by frequent e-mailers and not willing to discuss the physical evidence of 9/11, was saying much the same thing as his engineering colleagues, perhaps taking their word for it. In conversation, one gets the sense that Professor Kausel was the passing bandwagon of MIT on this issue, having been loaded with overall explanatory responsibility where only a few others issued more limited speculations, having approached the matter theoretically with sparse data on only a few available parameters.
Granted that Prof. Kausel had students waiting to see him, he seemed dismissive or defensive — mocking fanciful and prejudiced laypersons almost as a conclusion—rather than being open to evidence of explosives inferred by some practicing engineers and materials scientists studying the emerging evidence such as is reflected in Sofia [Smallstorm’s] “9/11 Mysteries”, and most recently, chemistry professor Niels Harrit’s study of residues of extremely explosive nanothermite in WTC’s dust, online at Open Chemical Physics Journal.

The fourth MIT professor contacted (by DL alone) was Ted Postol, an award-winning, engineer-physicist professor of Science, Technology and International Security, who has had extensive experience with the US military and has been critical of government and industry distortion of ballistic missile defense capability. Now watching the Building 7 DVD for the first time, he recalled his immediate reaction nine years ago when he saw on TV the first tower coming down: Phone some influential person in New York and tell them to evacuate the second tower immediately! This, because the huge shock waves of the first building collapsing could be transmitted through the ground, weakening the structure of the second tower. If big fires were to break out in the second tower, it too could come down!

Professor Postol had not tried to research the WTC or Building 7 in particular, but offered two hypotheses: one based on fire and the other on explosives. Either might be true. The fire hypothesis would be plausible if the diesel-based fires noted in Building 7 were extensive enough—building up heat over the 6 or more hours before the building collapsed—to soften its shaken steel skeleton at the base. Once the mass of the building above the fires started to move downward, the collapse would likely be immediate and vertical. He did not know enough about the building or the fires to say how the central columns would give way first, as indicated by the crimp in the top floor before the rest of the building came down—a phenomenon critics attribute to timing of explosions by demolition experts.

He agreed that controlled demolition was also possible, but doubted that proof could be kept secret, since a hundred or more workers and agents would have to have been involved in a project of this size. Asked about the squibs—the horizontal spurts of smoke visible in videos below the collapsing upper floors of the towers attributed to explosives by critics—he guessed that they might have resulted from weak spots in the buckling peripheral columns under suddenly increased pressure from falling upper stories. I gather that evidence regarding the temperature, location, and duration of the fires in Building 7 would be critical in any investigation. But who will come forth with evidence?

Professor Postol teaches students in the School of Humanities, Arts and Social Sciences, and welcomed for possible use in classes the DVDs which I proffered concerning the collapse of all three WTC buildings, and concerning nanothermitic products found in the dust of the collapses.

Causes aside, the consequences are what troubles Postol. Toward the end of our hour he turned the conversation to the development here of a police state—fascism—which gained impetus from the 9/11 events. President Bush was foolish and cowardly to run from his responsibility to return immediately to Washington and deal positively with public panic and military disposition. The ongoing and looming loss of life and liberty far surpass that of 9/11 itself. The event has been exploited by large organizations, he said. Postol is concerned that we work to create real security.

These few hours of seeking out engineering students and professional experts, none of whom examined the remains at Ground Zero, were suggestive though hardly definitive. None of the people we interviewed had seen or read materials of the critics of the official 9/11 commission report. Surely folks in the Alliance for Democracy and many others share Ted Postol’s concerns regarding a police state and the challenge of creating the conditions for real security—with freedom and justice.

However, we believe that the process of justice in the case of 9/11 and of systemic change requires knowing the causes, including who orchestrated the events and why. There was no regular police investigation—amazing with this gigantic crime, but only a reflex military attack in geopolitically strategic Afghanistan supposedly to root out al-Qaeda, the small set of terrorists immediately judged to have trained or directed those who enacted the 9/11 attacks.

I parted from Ted Postol with the suggestion that he review evidence of possible CIA, FBI, and/or Pentagon involvement in this war-and-repression-triggering catastrophe in books by David Ray Griffin (e.g., The New Pearl Harbor Revisited and The Mysterious Collapse of World Trade Center 7), John Perkins (Confessions of an Economic Hit Man), and James Douglass (JFK and the Unspeakable).

Postol said that, in his experience with government, there have been unusual cases of maintaining complete secrecy. But let us hope that, in a new investigation with subpoena powers, some insider or insiders—Arab or American—will come forward.

[1] Prof. Kausel did advise on a Master of Engineering thesis by Jeremy A. Kirk entitled “The World Trade Center Disaster: Analysis and Recommendations,” dated June 2005. In it there is no mention of explosives. His review of MIT publications cited nothing beyond the papers in Kausel (2002) on web. Kirk does not cite Griffin or any other critic of the official 9/11 story. Griffin’s The New Pearl Harbor: Disturbing Questions About the Bush Administration and 9/11 was published in March 2004, and his 9/11 Commission Report: Omissions and Distortions in Nov, 2004.

*A 40-year citizen of Boston, Dave Lewit is a social psychologist (PhD University of Minnesota, 1957) formerly at University of Massachusetts, Amherst, and other universities.  As cochair and editor at BCA, Lewit led the forum at Boston College leading to collapse of the pro-corporate Multilateral Agreement on Investment (MAI), five workshops at the Boston Social Forum at UMass/Boston, and drafting of “A Common Agreement on Investment and Society” (CAIS—a citizen-group product; see introduction at http://www.thealliancefordemocracy.org/pdf/AfDJR6107.pdf with link to complete text).  Lewit is currently organizing a working group to conceive a humane systemic alternative to global economic collapse, and writing on liberation psychology.