The Legacy of Oklahoma City 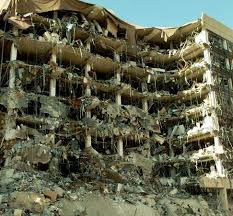 80 thought on “The Legacy of Oklahoma City”