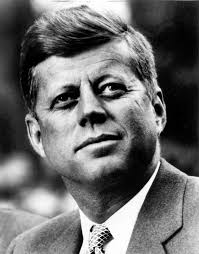 When I first heard Lou Reed’s “The Day John Kennedy Died” while a sophomore at college, it momentarily bridged an otherwise broad, taken-for granted generational divide between my parents and I.

“I dreamed I was the president / Of these United States,” Reed began with his trademark awkwardness.

I dreamed I replaced ignorance
Stupidity and hate
I dreamed the perfect union
And a perfect law, undenied
And most of all I dreamed I forgot
The day John Kennedy died

Indeed, for a majority of Americans John Kennedy symbolized the intersection of national history and personal biography. This is evident, for example, in the “Where were you when you heard the news?” stories they guardedly shared. Those at once distant yet intimate junctures suggest something much larger—the possibilities Kennedy signified on a level transcending the personal means and desires of common people and yet determining their fate—particularly civil rights, economics, and foreign policy.

There is a strong likelihood that Kennedy’s guiding mission in the last months of his life involved the prospect of a world order subject to personal introspection on the significance of peace versus a dangerous and wasteful arms race and continued flirtation with nuclear catastrophe.

At the same time, much like Martin Luther King Jr. and his brother Robert came to realize several years later, John Kennedy understood in the last months of his life how the forces arrayed against him were far greater than he could overcome. To this day such forces remain unseen and hence, for a broad swath of the US public incessantly coaxed by its media minders, are ushered to the realm of the unspeakable.

Months after the world’ narrow escape from the Cuban missile crisis President Kennedy laid down his challenge to the military industrial complex by proposing the possibility of world peace in the famous speech to American University’s 1963 graduating class. “The nonviolent theme of the American University Address,” author James W. Douglas observes, “is that self-examination is the beginning of peace. Kennedy was proposing to the American University graduates (and the national audience behind them) that they unite this inner journey of peace with an outward journey that could transform the Cold War landscape.”

The discourse was a signal moment in Kennedy’s presidency that precipitated the achievement of the Nuclear Test Ban Treaty. It was also significant in terms of world public opinion, being broadcast widely in the Soviet Union. Perhaps unsurprisingly the address received little fanfare in the American press, for it “was considered treasonous by forces in his own government.” Nevertheless, as Douglas notes, the wish and intent of the speech, the

call for an end to the Cold War, five and a one half months before his assassination, anticipates Dr. King’s courage in his April 4, 1967, Riverside Church address calling for an end to the Vietnam War, exactly one year before his assassination. Each of those transforming speeches was a prophetic statement provoking the reward a prophet traditionally receives. John Kennedy’s American University address was to his death in Dallas as Martin Luther King’s Riverside Church address was to his death in Memphis.[1]

Like our parents and grandparents before us, the American people have been continually shocked and disciplined away from considering the prospects of peace and toward fulfillment of priorities that run counter to their own interests, and for which they (we) exercise no meaningful input.

Much as Kennedy’s brief time as president increasingly suggested the crystallization of a popular will toward peace and higher purpose, his public execution on November 22, 1963 demonstrated a fierce existential negation of such desires. Those aspirations become more and more remote as the possibilities for the broader public to recollect and apprehend the historical record are discouraged, lost, or otherwise rendered meaningless.

Public suspicion over the actual circumstances surrounding JFK’s killing was at one point difficult to subdue. Following President Richard Nixon’s resignation in 1974 and subsequent Congressional investigations into the US intelligence community thru the early 2000s, an overwhelming majority of the US public (75 to 80 percent) recognized serious flaws in the Warren Commission and mainstream media’s strongly imposed conspiracy theory that Lee Harvey Oswald was the sole assassin.[2] Today, however, only 50 to 60 percent question the bizarre account,[3] suggesting an increasingly depoliticized and ahistorical populace cultivated by mass public schooling and corporate media.

Those conscious of JFK’s assassination yet too young to recollect it firsthand may have encountered it in a multitude of vicarious ways. This was perhaps even more so the case in Irish-Catholic households. I once told my father that he reminded me of Ted Kennedy. I didn’t need to tell him why. Both were largely overshadowed yet also defined by their older brothers’ achievements—and tragedies. I recall my father often suggesting how he wished I could have known his older brothers, one of whom was killed in an auto accident at 31, and another from a heart attack at 50. Unlike dad, the wayward upstart of the three, each attended the best prep schools and universities and were destined for greatness—the former as an attorney and the latter a physician with political ambitions and boundless enthusiasm for the Kennedys. “You were short-changed,” my father would say, distantly. Like a host of other larger-than-life figures I never personally knew, his brothers were warmly resurrected in stories he would tell.

While going through dad’s personal effects several years ago, often imagining him beside me, I found a copy of Kenneth O’Donnell’s Johnny We Hardly Knew Ye: Memories of John Fitzgerald Kennedy, along with several complete copies of the Rochester, New York Democrat and Chronicle newspaper, dated November 23, 1963 and June 6, 1968. Implicit in the magic and promise eclipsed by loss was the intimate experience of biography and history, and the growing realization that we’ve all been short-changed.

Forgetting the day John Kennedy died requires an enduring awareness that the popular will JFK symbolized and envisioned 50 years ago was effectively vetoed by an unelected force, and the cascade of subsequent overlooked and unresolved deep events have allowed that America to be replaced by today’s war on terror, growing police state, and drive toward global corporate governance.

Republished at Global Research on November 22, 2013.