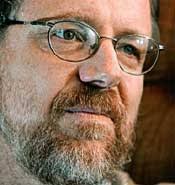 Higdon’s article, “Disinfo Wars: Alex Jones War on Your Mind,” was published by Project Censored in September 2013. Tracy posted a critique of the piece at Memory Hole earlier this month; a response from Higdon appeared shortly thereafter.

The interviews were taped the week of October 21 and are programmed into one hour segments, airing at No Lies Radio on October 28 and 29.

48 thought on “Delving Into “Disinfo Wars””