Endless War, Public Opinion and the “Pictures in Our Heads” 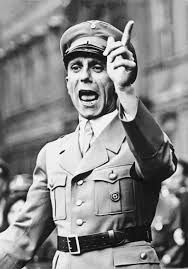 Over ninety years ago political analyst Walter Lippmann noted how the masses overwhelmingly rely on subjective views–“the pictures in our heads,” or what he termed “stereotypes”–to make sense of the world. “The stereotype,” Edward Bernays elaborated, “is the basis of a large part of the work of the public relations counsel.”[1]

These views mirror those of an elite class that Lippmann and Bernays were pleased to serve—an elite that, taken as a whole, now retains several thousand such minds throughout government and the private sector. As these social scientists and public relations technicians proceed under the broadly-held assumption that as more “qualified” parties are enfranchised to enact realpolitik, the public must necessarily be condemned to flounder in Plato’s cave.

Along these lines, Australian propaganda researcher Alex Carey observed how among all countries in the world the United States has the greatest tendency for possessing a “Manichean” worldview—one where social and political phenomena are typically perceived as binary opposites of good-evil, sacred-satanic, and so on.  This observation is reaffirmed in more recent research.[2] Such a belief system is anticipated and encouraged by the carefully-crafted propaganda and disinformation that pervades government pronouncements and corporate news reportage and commentary on both foreign and domestic affairs.

US public opinion is overall against military action against Syria. Yet this attitude obscures the fact that a similar majority doesn’t understand that the Obama administration and its allies have for over two years supported an intense guerrilla war in Syria that has killed close to one hundred thousand inhabitants and displaced over one million.

A New York Times-commissioned public opinion poll reveals that while Americans are skeptical of President Obama’s attempt to sell them a new war, with seventy-two percent wishing to refrain from inflicting “US democracy” on Syria. A subsequent question suggests the American public’s unfamiliarity with the grave situation in that country.

In other words, nine out of ten Americans are unmindful toward the true geopolitical underpinnings of the Syrian crisis apart from White House propaganda and its heavy reverberation via the corporate media.

A Pew Research Center poll offers similar findings, with fifty-three percent replying that there is “clear evidence” that Bashar al-Assad’s government “used chemical weapons against civilians”, versus twenty-three percent responding that there was “not clear” evidence of such, and an amazing twenty-four percent claiming ignorance.[4]

Obama and Secretary of State John Kerry’s position that Assad is guilty of such crimes is based on doubtful evidence that initially included a photograph taken in Iraq in 2003 of a child leaping over piles of shrouded bodies.[5]

On the other hand, the “rebels” operating in Syria have clear chemical weapons capabilities. This was proven in May when members of the Al-Nusra front were caught by Turkish police preparing to deploy two kilograms of sarin gas inside Turkey and Syria.[6]

Yet such observations may be easily obscured or dismissed—particularly for the educated classes–as the guardians of proper thought deem them among the many “anti-American conspiracy theories,”[7] a term that intends to short-circuit any inquiry among those inclined to think twice about conflicting information in news reports.

The experts who craft the “war on terror” propaganda recognize how truly effective publicity must be direct and unambiguous. The official narrative rests on the still broadly-held notion that that US and its allies are “the good guys.”

Proclamations concerning the triumph of genuinely independent fact-based analytical reports of the tragic situation in Syria are thus premature. Despite the cracks and fissures in the official “war on terror” narrative initiated by alternative media, it is still more or less accepted by a US populace that the western-backed Al-Qaeda mercenaries operating in Syria are indeed “protesters,” “activists,” and “rebels.”

The effectiveness of such propaganda rests in the fact that such figures are routinely depicted throughout mainstream news outlets wielding machine guns, grenade launchers, and other sophisticated weaponry while they frolic throughout the country.

9/11 and the subsequent brutal and calculated military onslaughts that have unfolded Afghanistan, Iraq, Libya, and now Syria cannot emerge as prevailingly uncontested historical events without a citizenry relegated to the hinterlands of what passes for today’s civil society—indeed, without a mass man willing to abandon his own reason and embrace the carefully constructed pictures in his head.

Reposted at GlobalResearch.ca on September 23, 2013.

Reposted at ActivistPost.com on September 24, 2013.

39 thought on “Endless War, Public Opinion and the “Pictures in Our Heads””