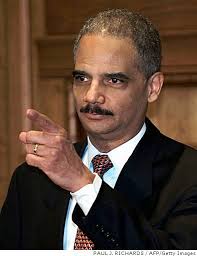 As the nation’s attention turned to potential US military aggression in the Middle East, the Obama administration has made an unusual $2.5 million payout to Connecticut law enforcement and emergency response agencies for their participation in the December 14, 2012 Sandy Hook Elementary School massacre event.

Under the plan administered by Attorney General Eric Holder and the Department of Justice, the Connecticut State Police are slated to collect $663,444, the Town of Newtown will take in $602,293, the Town of Monroe will receive $602,293 and more than two dozen other agencies from the surrounding area will get $296,836. The funds originate from the Bureau of Justice Assistance’s Edward Byrne Justice Assistance Grant Program.

Aside from bureaucratic boilerplate there is no immediate explanation as to why the federal government would make such a substantial disbursement to agencies partaking in the incident. “Providing support to the law enforcement agencies that responded to the horrific scene that awaited them at Sandy Hook Elementary School is one small action we can take to bring healing to a community that’s been devastated,” Attorney General Holder remarked in a press release. “Just over eight months after this senseless tragedy, those who lost their lives, and those who continue to grieve, remain in our thoughts and prayers.”[1]

On November 27, less than three weeks before the Sandy Hook massacre, Attorney General Holder appeared at a news conference in New Haven, Connecticut alongside Connecticut Governor Dan Malloy to announce Project Longevity, a joint venture by the Justice Department and State of Connecticut. The endeavor was described by one law enforcement officials as “a statewide approach that targets repeat criminals, creates alternatives for potential gang members and rallies neighborhoods against violence.”[2]

On December 20 Holder made an unannounced visit to Newtown to meet with state and local law enforcement and emergency responders shortly after a meeting in Washington with Vice President Joe Biden, presumably to discuss forthcoming attempts at gun control legislation.[3]

Because there are so many inconsistencies and missing information in the case where the findings have not been made public, the large payout appears especially suspect. In August the Hartford Courant conducted an investigation of overtime pay being generated by Connecticut State police assigned to the Sandy Hook tragedy. Eight State Police detectives received $139,000 in overtime pay for work on the investigation since January 1, 2013.  Almost half has gone to two investigators claim to have put in over 500 hours of work beyond their scheduled duties.[4]

Such extensive federal funding will likely draw out the investigation for many more months— perhaps years—while keeping relevant law enforcement officials very pleased in the interim.

Republished at GlobalResearch.ca on September 11, 2013.