9/11 in the Academic Community 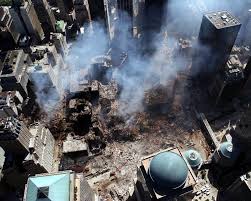 Coming this fall, 9/11 in the Academic Community, a Winner of the University of Toronto Film Festival, is a unique film that documents academia’s treatment of critical perspectives on 9/11 by exploring the taboo that shields the American government’s narrative from scholarly examination. Through a powerful reflection on intellectual courage and the purpose of academia, the film aims at changing intellectual discourse on 9/11 and the War on Terror.

All efforts are being made to make this film available by this October. Please consider sharing the following preview:

Through the experiences of prominent academics, the film probes the nature and dimensions of the repercussions various academics endured in investigating 9/11. Academic Reviewer Morton Brussel, Professor Emeritus of Physics at the University of Illinois at Urbana-Champaign, stated: “The main thesis of the film concerns the silence of the academic community on this vital issue. I think it is extremely important and very well produced.”

The documentary provides an eye-opening analysis on the various ways in which blind spots and impairments in professional inquiry are embedded in the academy, ranging from the failure to critically reflect on the notion of terms functioning as thought stoppers, such as “conspiracy theory,” to the structural approach academics use that restricts inquiry to the broader implications of 9/11 rather than examining the day itself.

By bringing to light various methods used to suppress academic expression, the film investigates the academy’s mistreatment of professors such as John McMurtry and William Woodward by examining the subtle alliances between the university and the state, and why some academics aggressively identify with the Bush administration’s official narrative of 9/11 while being harsh critics of the administration.

Despite articles that have entered the peer-reviewed literature questioning the official narrative, as well as university classes in which students found the official narrative to be implausible, the film provides an insightful analysis on the systematic exclusion of critical perspectives by examining the workings of the taboo in limiting any further discussion of literature critical of the official narrative on campus.  In view of the academy’s failure to address the limitations in the narrative, Alvin A. Lee, President Emeritus of McMaster University, stated in his endorsement for the film, that a large number of academics should “stand sufficiently outside society intellectually to see, understand, and interpret what is going on.”

As 9/11 served as the rationale for the Global War on Terror, the expansion of the military and intelligence complex, the invasion of other countries in violation of international law, and the curtailing of civil liberties, the film provides an inspiring demonstration of intellectual courage that will cause many scholars to deeply reflect on the academy’s role and strength to dismantle the war system.